Final chance for Swans and GIANTS Under 16s to impress 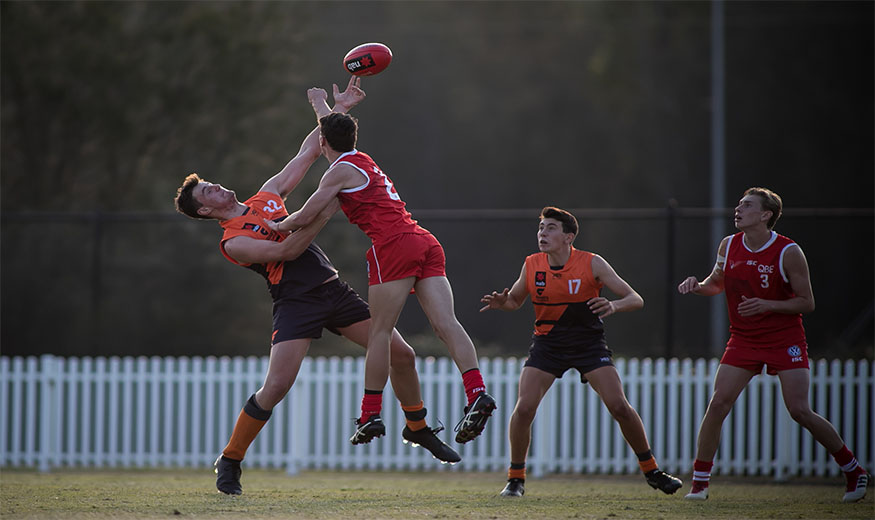 The third and final round of the NAB AFL Under 16s Academy Series takes place this weekend.

The Sydney Swans Academy will again take on the GIANTS Academy at Blacktown International Sportspark at 10am on Saturday.

Having played each other twice already this year, both the Swans and GIANTS currently sit with one win each.

From this match, the AFL NSW/ACT Under 16s state side will be selected ahead of the NAB AFL Under 16s Championships beginning in June.

The Under 17s Futures will have their first hit out of the season following the Under 16s at Blacktown International Sportspark on May 19, at 12.10pm.

The Sydney Swans Academy will play the GIANTS Academy with both sides selecting recent NAB AFL Under 18s Academy Series players such as Cameron Edwards (GIANTS) and Jackson Barling (Swans).