Under 16 Rams roll on with a big win over NT 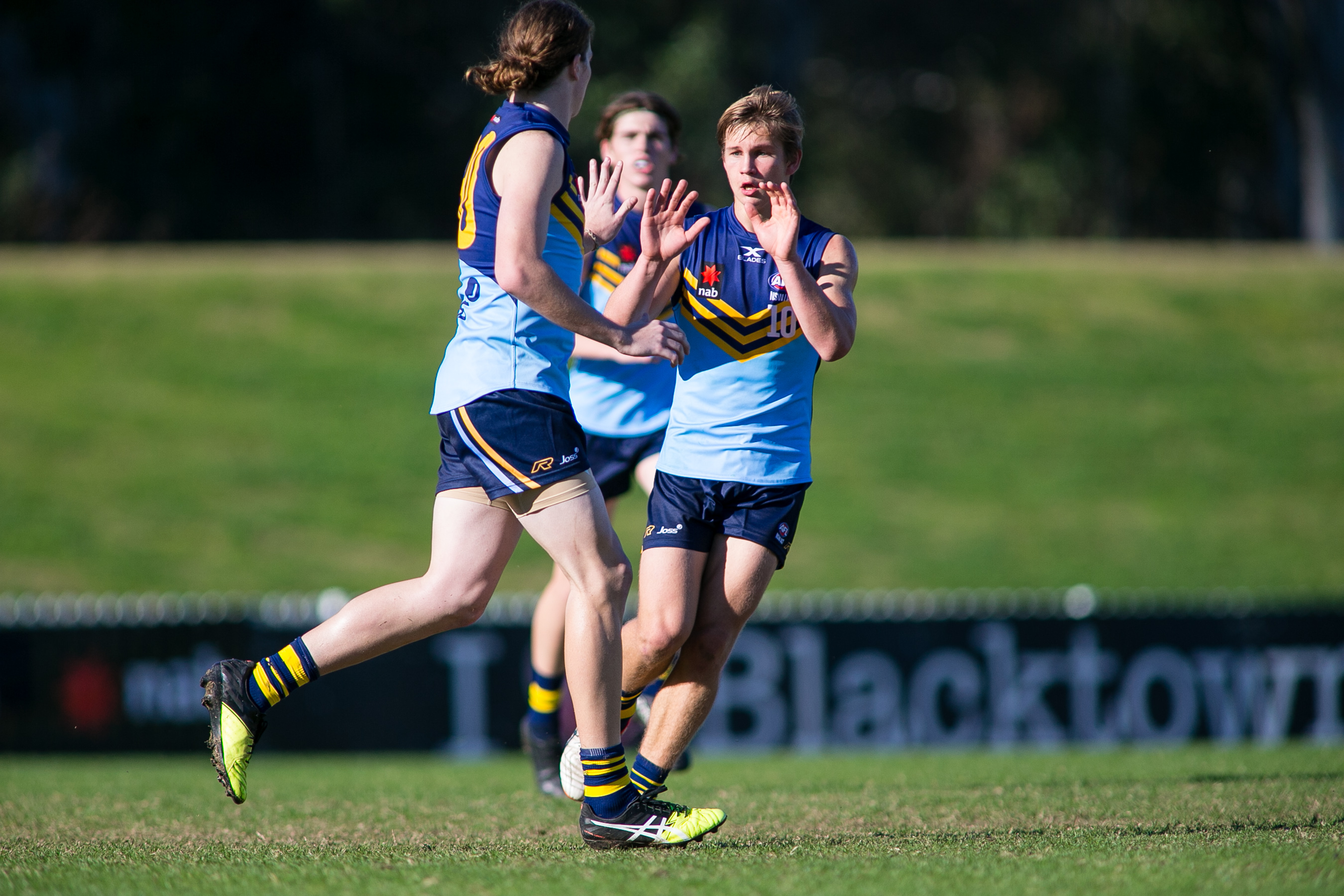 The Under 16 NSW/ACT Rams have comprehensively beaten the Northern Territory at Metricon Stadium on the Gold Coast. In their first match of Round 2 of the NAB AFL U16 Championships, the Rams put on a clinic to win by 120 points.

A strong defensive display led the way for a free-scoring NSW/ACT team. Their strength all around the ground proved too good for the Northern Territory who were simply unable to match the work of the Rams around the stoppages.

A five-goal opening quarter saw the Rams open up a 31-point lead at the first break. Liam Delahunty showed his intent early, kicking two goals in a sign of what was to come.

The second quarter was a quieter display, as the Rams only kicked the three goals. They still managed to push the margin out to 52 points at the main break. Jackson Barling and Liam Russell kicked goals, as well as Delahunty’s third to continue what was already an impressive performance.

The second half saw the Rams run riot, as they kicked 12 goals against a tiring Northern Territory side. Delahunty kicked two more goals in the third quarter to bring up five, while Sam Thorne and Barling both kicked two in the final quarter to blow out the scoreboard.

The Northern Territory were unlucky not to be closer in the game. Kicking ten behinds meant that with some more accuracy the game could have been a lot closer, and would have put some pressure on the Rams.

GWS GIANTS Academy product, Harry Grant was the Rams best player on the day. He was joined by Sydney Swans Academy members, Matthew Kannan and Kyle Martin as other strong performers.

The Under 16 NSW/ACT Rams play again on Saturday, 15 July 2017 where they take on Tasmania at Yeronga at 10am.