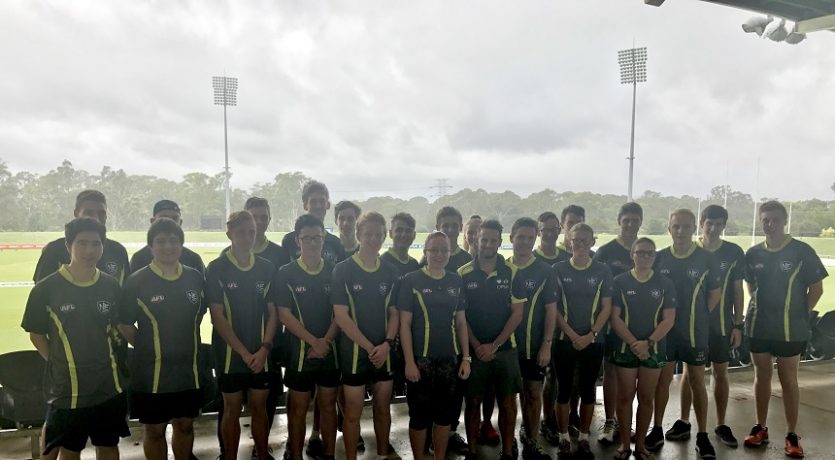 The best up and coming senior community football umpires from across NSW and the ACT have been announced as a part of the inaugural Tyrepower NEAFL Umpiring Academy.

The Academy consists of field, boundary and goal umpires who are currently establishing themselves in their respective senior leagues, who possess the potential to one day umpire in the NEAFL.

50 umpires are part of the 2017 program, with the state split into two regional hubs.

Both hubs work together to deliver a consistent coaching program, including monthly interactions with the NEAFL Umpires in both Sydney and Canberra and specialist field, boundary and goal umpire coaching sessions.

State Umpiring and Elite Programs Manager, Damian Anderson said the introduction of the Academy will ensure that field, boundary and goal umpires across the state have the opportunity to access quality coaching to help them achieve accession to the NEAFL.

“Whether you are from Sydney, Canberra, Newcastle or Wagga Wagga – there is now a pathway for you to become a state league umpire.” Anderson said.

The Academy is the second step of the field umpire pathway after the highly successful Next Gen program and is the entry point for boundary and goal umpires.

“By having a consistent approach to the development of field, boundary and goal umpires at senior footy level – we place our future talent in in the best possible position to get to the top.”

“We are very excited by the potential of the program and we look forward to seeing the current squad graduate to the NEAFL Development Squad in the coming years.” Anderson concluded.

Both the North and South elements of the program are now in full swing, with the Northern Hub Induction Day taking place on Saturday 4 March at Blacktown International Sports Park, at the Southern Hub getting underway on Saturday 11 March in Canberra.

The members of the 2017 NEAFL Academy are:

If anyone is interested taking up umpiring visit www.getinthegame.com.au