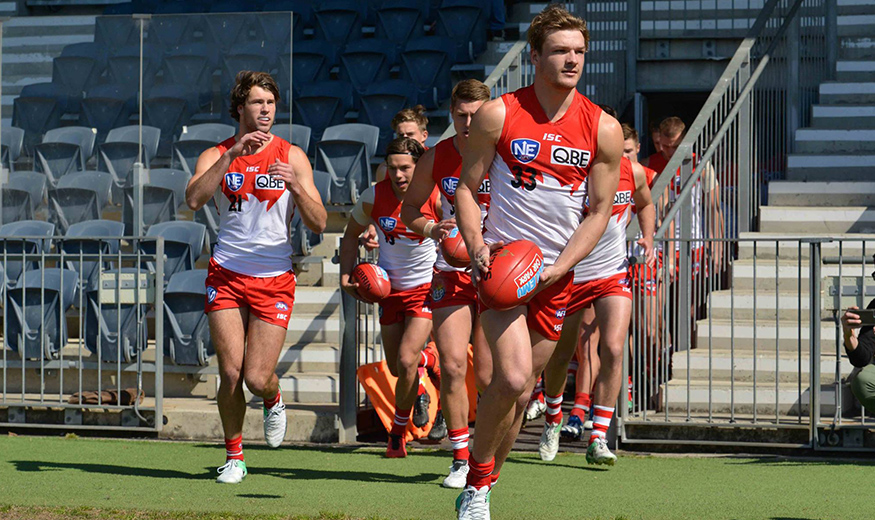 An astonishing 41 AFL-listed players will line up in the NEAFL Grand Final this weekend when the Sydney Swans take on the Brisbane Lions at the SCG.

The two best teams from the home-and-away season will clash for a chance to lift the NEAFL Premiership Cup. For the Swans, a victory would be their first taste of NEAFL glory while the Lions last won back in 2013.

The Sydney Swans have been on the wrong end of three NEAFL Grand Finals, and will be eager to finally break their duck in the competition. They have been runners-up in three of the last four Grand Finals, losing by a combined total 14 points. This included an eight-point loss to the Lions in 2013, meaning revenge is on the cards.

This year could be their year with a very strong team named, making it clear that Swans coach, Rhyce Shaw is taking no chances.

The Swans have been boosted by the inclusion of Kurt Tippett and Will Hayward who have been in and out of the NEAFL side this season. Both last played in the NEAFL in the Swans home game defeat of the NT Thunder. Hayward kicked six goals and Tippett kicked five, so expect another big scoring performance from the pair of them.

Ruckman, Sam Naismith drops out of the side after being named in the AFL, while promising Academy prospect Sam Wicks comes out, but has been named as an emergency.

Brisbane have also named a strong team featuring a number of big name AFL players and promising Academy prospects. Rohan Bewick, Josh Clayton and Claye Beams are among the Lions stars expected to shine on the big stage.

The game immediately follows the AFL Elimination Final between the Sydney Swans and Essendon at the SCG on Saturday, 9 September 2017. The NEAFL match starts at 7.45pm, with free entry to the ground.

For those staying on after the Elimination Final, please see all the details as previously published.