Academies weigh in on weekend matches 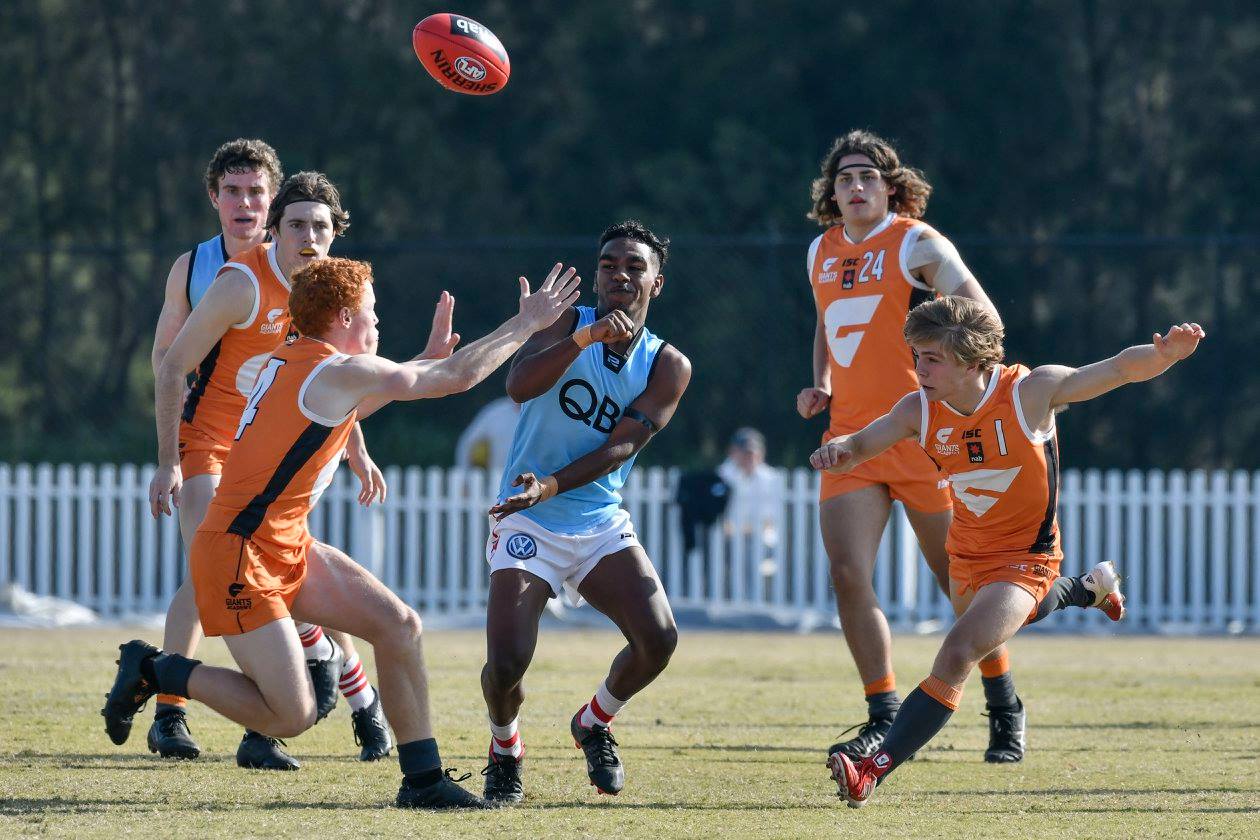 The Sydney Swans dominated the Academy Series matches against the GWS GIANTS over the weekend at Blacktown International Sportspark.

Round 2 of the NAB AFL U16 Academy Series saw the GIANTS seeking revenge over their cross-town rivals after a 61-point loss in Round 1.

While the GIANTS were able to claw back some of the damage from their previous loss, the Swans still finished as 46-point victors.

GWS GIANTS Academy Head Coach, Jason Saddington conceded that his side was beaten in most areas of the game.

“We lost out most notably going for the contested ball, and struggled to match the speed of the Swans,” said Saddington.

“The players will be analysing their games closely to ensure they can build on these areas.”

Saddington also acknowledged that his Under 16s side has much to learn about this step up in their AFL careers.

“It was an important learning for our players to really understand what the next level is about.  Many have struggled to date with the jump up from club footy to the Academy Series.

“This group is one of the strongest squads to pass through the Academy,” said Smith.

“They are a very coachable group, with players displaying great versatility.

“For this age group, their willingness to do the things that aren’t necessarily first instinct for players of this age is surprising. Things such as accountability, tackling and applying enormous pressure when the opposition have the ball.”

The Swans were solid in defence with Adam Schuback and James Loughnan leading the back line effort. Smith also lauded the efforts of his midfielders throughout the match.

“Our midfield depth allows a large number of players to run through the middle, and many of our hard runners who use the ball well.”

Up forward, Jackson Barling made sure to reward the play of their backs and mids by slotting three goals in a dominant display for the Swans.

Following this match, the first round of the Under 17s Future Series took place with the two clubs facing off once more.

Again, it was an assertive performance from the Sydney Swans Academy, besting their Under 16s side’s result to defeat the GIANTS by 80 points.

Chris Smith acknowledged his side’s “team performance” – a running theme he has noted across many Academy matches all year.

“The Under 17s was an exciting snapshot into our 2018 program,” said Smith.

“It showed that we are collectively prepared to run and work harder than our opposition.”

Saddington explained that although the GIANTS were competitive early in the match, they struggled to maintain the speed of the game.

“We continued to battle hard and I was pleased with some of our ball movement at times.  We just need to find a better consistency in most areas,” said Saddington.

“For the majority of our players it was their first exposure to a higher level outside of club footy.”

With selections for the NSW/ACT U17s side to play in the upcoming Future Series against Tasmania and Queensland to come from this match, players used this time to push for their spot on the squad.

“Veerhuis impressed up forward, as did Dom Soffe who has had a number of injuries in the past,” explained Smith.

Smith was also excited by the opportunity this match provided to players from the Swans’ Northern Region program. Players such as Clarence Barker and Cameron Graham from Armidale were able to display their talent in front of Future Series selectors.

“Clarence and Cameron impressed in their first Academy game, as did Shaydan Close from Kempsey.”