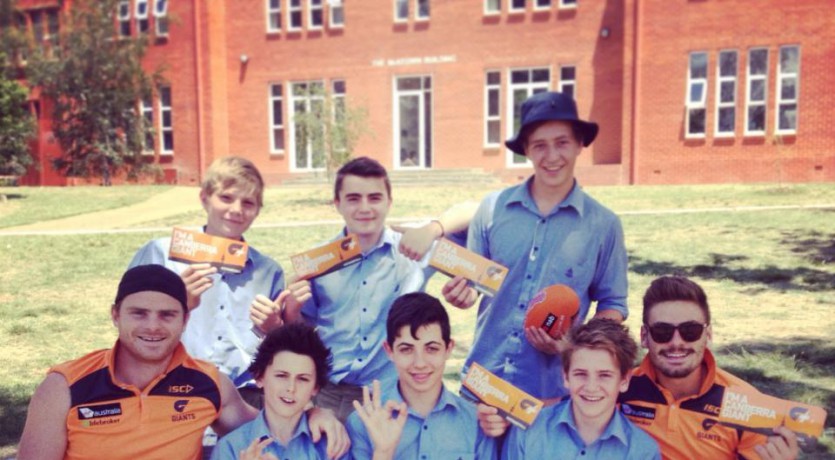 More than 800 AFL players will take the game to regional and rural communities around Australia and New Zealand in the lead up to the 2015 Toyota AFL Premiership Season.

Both clubs will again spread their lists over NSW/ACT, with the bulk of the Swans’ squad visiting schools and clubs across Sydney and surrounds, and the majority of the GIANTS’ list heading to Canberra.

Away from the strongholds of the Harbour City and Nation’s Capital, small groups of players from both clubs will head to regional areas such as Bowral, Tamworth, Armidale, Broken Hill, Bathurst, and Batemans Bay.

More details of specific Community Camp locations and timings will be released in the coming months, with all current dates preliminary and subject to change.

AFL General Manager People Customer and Community, Dorothy Hisgrove said the Australia Post AFL Community Camps were about players giving back to the community and sharing with fans their passion for Australia’s Game.

“The Australia Post AFL Community Camps are a significant event in the AFL pre-season calendar as they provide fans across Australia with an opportunity to meet and engage with their favourite players and clubs.

“Fans are the most important people in our game and these camps are a terrific chance for AFL players to acknowledge their loyalty and support first-hand,” said Ms Hisgrove. Australia Post General Manager Community Relations, Andrea Pearman said:  “Through the Australia Post AFL Community Camps we are proud to help provide access to our national game to communities and individuals who may not otherwise have the opportunity to enjoy everything the AFL and its clubs has to offer.”

“The role of sport in building thriving, healthy and connected communities cannot be underestimated.  It brings everyone together in a common interest – whether they are playing, watching or supporting sport, all are welcome.”