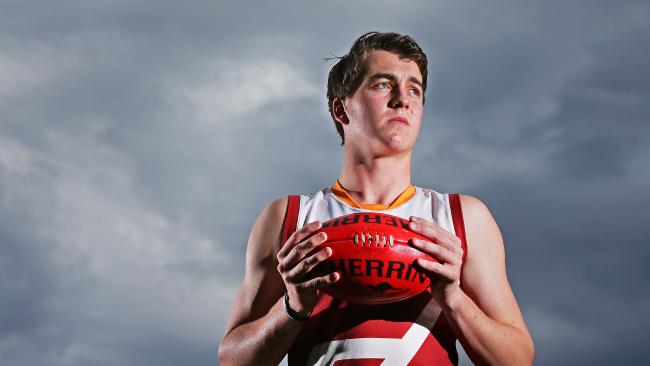 The HSC isn’t the only big test that Collaroy schoolboy Lachlan Behagg is currently swatting for.

Before his final exam in next Friday in multi media, the 18-year-old student from St Paul’s Catholic College will be trying to get top marks from AFL scouts on Sunday.

The Manly Giants player is one of 50 hopefuls who will be put through their paces hoping to go into the AFL draft at the first State Combine testing in Sydney to be held at Riverview College.

Behagg and the other players will be put through a series of drills that will measure their body composition, speed and agility and power. Clubs will also interview prospective recruits.

And the testing will all take place under the watchful eyes of representatives from all the AFL clubs who are eager to pick up the game’s next superstar.

“It’s very important for me because it can direct my career path,” Behagg said.

“All the recruiters will be there so hopefully I’ll get picked up to play for a club.”

Behagg, who lives in Collaroy, is a product of the Manly Bombers who started playing Aussie Rules when he was 10.

And this gives him the chance to fulfil his ambition of playing in the AFL, his first preference with the Sydney Swans.

But he would be prepared to go anywhere if the opportunity comes up.

Behagg has come to the attention of clubs because players are invited to attend and need at least two nominations from AFL outfits.

He has interviews with both the Swans and Essendon on Sunday.

“It was definitely surprising, I wasn’t expecting it,” he said.

“I have been doing of running trying to get as fit as possible.”

And the talented young footballer admits he is a bit a bit more nervous about Sunday than he has been about his exams.

“The HSC is just a number really,” he said.

A total 123 players from competitions across the country have been invited to show their wares in front of the recruiters.

“On the draft night in a few weeks I’ll find out if I got selected, and if not I’ll play for the Manly Giants,” Behagg said.