All Stars to bring together best youngsters 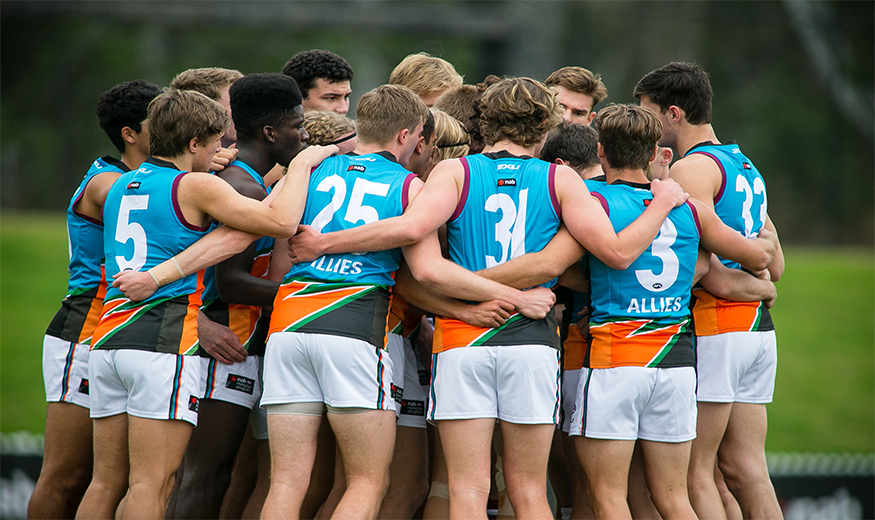 THE COUNTRY’S leading draft hopefuls for this year and next will again converge in Grand Final week for two NAB AFL All Stars games.

As was the case last year, which was the first time the AFL has held the best against the best All Stars games, this year’s prospects will play at Punt Road Oval on Grand Final Eve.

A huge crowd swarmed the venue last year after the Grand Final parade, which was rerouted to finish in Yarra Park outside the MCG as part of the ‘Footy Festival’. The game will start at 1.30pm.

The Under 17s game, featuring the level one NAB AFL Academy players and additional hopefuls, is set to be played at the MCG as a curtain-raiser to the Grand Final on September 29. It will start at 10am.

Former Geelong defender Corey Enright and North Melbourne great Brent Harvey have been honoured by the AFL, with the pair’s names to be associated with the teams playing in the games.

They both retired after illustrious careers at the end of last season.

The squads will be finalised closer to the games, with Academy assistant Brad Johnson to coach the Corey Enright teams and West Australian under-18 coach Peter Sumich to head the Brent Harvey sides.

“The under-18s match at Punt Road Oval will be the final match preview of the best players eligible for this year’s NAB AFL Draft,” said the AFL’s national talent manager Kevin Sheehan.

“And with the trading of future draft selections now part of the system, the under-17s Enright v Harvey match at the MCG will give a further insight into the potential for 2018.”