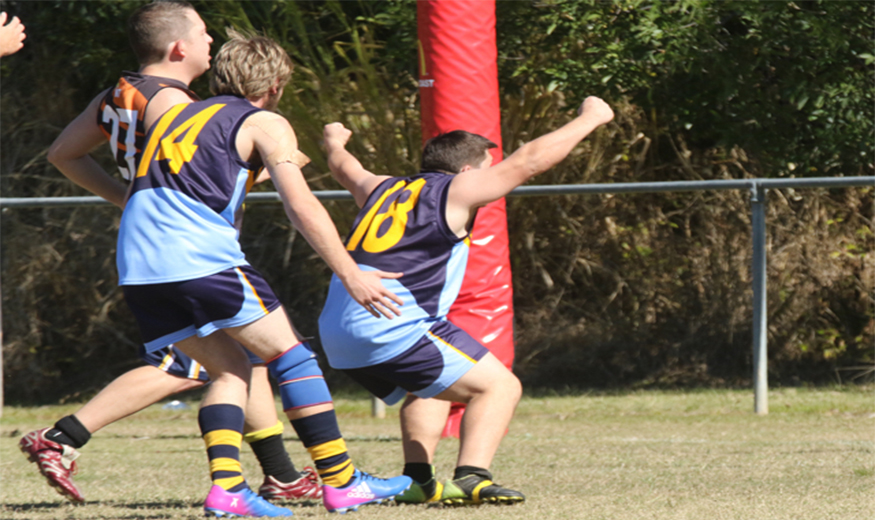 For the first time, Sport NSW Awards and the NSW Hall of Champions Induction Ceremony will be presented at a combined Gala Dinner held on Monday 27 November 2017 at Rosehill Gardens.

AFL NSW/ACT is delighted to announce that it has been recognised as a finalist in four categories at the upcoming ceremony, hosted by Sport NSW.

The AFL NSW/ACT Rams Inclusion Cup Representative Team has been announced as a finalist for the ‘Team of the Year with a Disability’.

Held between the 24-30 July 2017 on the Gold Coast, the AFL National Inclusion Carnival provided athletes with intellectual disabilities the opportunity to represent their state at a national AFL tournament.

This year, the NSW/ACT Rams Inclusion side made history when they qualified for ‘Pool A’ and had the opportunity to play in the Grand Final.

The AFL’s Male National Diversity Championships have also been named as a finalist for the ‘Event of the Year’.

Hosted by AFL NSW/ACT at Blacktown International Sportspark in April, the Male National Diversity Championships saw over 300 Indigenous and Multicultural teenage players take part in a week-long, round-robin AFL tournament and exposed them to an elite AFL environment. Coaches and umpires from Multicultural and Indigenous backgrounds were also provided with this once in a lifetime opportunity.

Throughout the jam-packed week, each of the teams took part in education seminars, skills clinics, leadership talks and were even visited by Sydney Swans player and former National Diversity Championships participant, Aliir Aliir.

AFL NSW/ACT employee, Matthew Graham has been named finalist for the ‘Administrator of the Year.’

Graham embodies the AFL’s values and has provided support and his expertise to a variety of stakeholders across the community football network. One of his many achievements throughout 2017 includes assisting clubs in winning over $350k worth of club grants for various projects such as facility improvements and volunteer education.

Lastly, AFL NSW/ACT is a finalist in the ‘Organisation of the Year’ category for the second year in a row, after claiming the trophy at the last Sport NSW Awards.

The winners will be announced at the NSW Champions of Sport Ceremony to be held at Rosehill Gardens on Monday 27 November 2017.