Sky’s the limit for Indigenous footballers 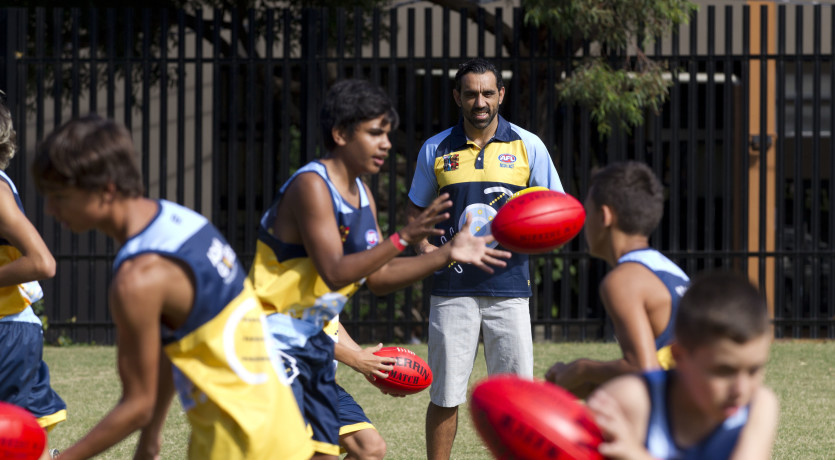 The Adam Goodes Talent Program has produced two exciting prospects who will feature in the Sydney Swans Academy after Indigenous footballers Shaydon Close and Chris Holten relocated from Kempsey to Sydney to pursue their AFL dream.

The talented players and cousins set the north coast of New South Wales alight with the Macleay Valley Eagles and have been involved in the groundbreaking initiative since its inception in 2014.

The budding stars will train with the Academy in the U16s and play for St George while they continue their education at Endeavour Sports High School in Sydney’s south.

The move will have its challenges but Indigenous Programs Manager Katriina Heikkanen says the Adam Goodes Talent Program has given them a solid grounding.

“I look forward to seeing the boys grow in the coming years.

“It’s a fantastic opportunity. They’ll be able to enhance their education and gain access to the best training and facilities.”

Shaydon burst onto the scene last year as a member of the National U15 Indigenous Team, the Flying Boomerangs.

He’s also made the journey to the big smoke with his older brother, Royce, who will be put through his paces in the U18s Academy squad.

The journey undertaken by the promising teenagers exemplifies the tangible pathways for regional Indigenous footballers with a common goal to one day reach the lofty heights of the AFL.

For more information on our Indigenous programs visit http://aflnswact.com.au/community-programs/indigenous/