Shoosh for Kids campaign back for 2018 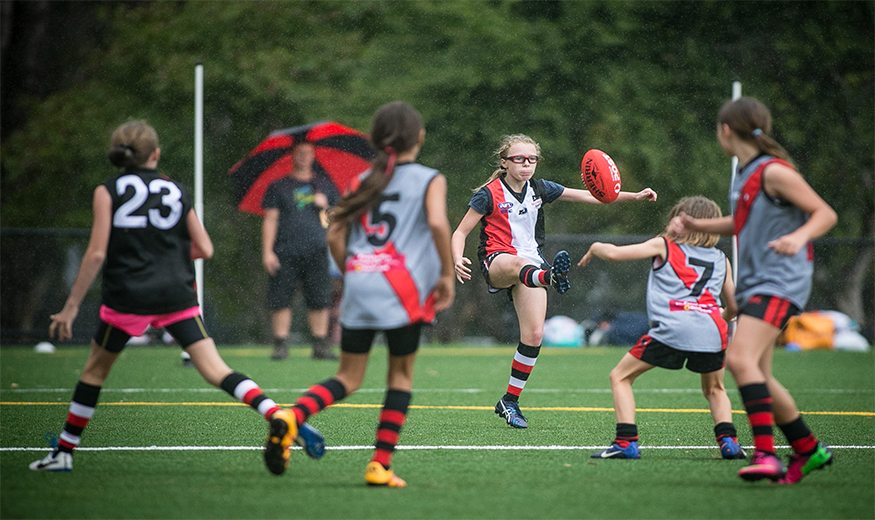 AFL NSW/ACT is proud to support the NSW Government Office of Sport initiative, Shoosh for Kids campaign again in 2018.

The purpose of the campaign is to support grassroots sports in providing positive environments for their members, whilst also addressing issues which arise from poor behaviour including abuse to officials and reduced volunteer numbers and participation rates due to poor experiences at a junior level.

Shoosh for Kids Awareness Week for winter sports will be held from 14 to 18 May 2018, however the campaign message is relevant all season long.

AFL NSW/ACT Community Football Coordinator, Jacinta Houston has encouraged all AFL NSW/ACT clubs to get on board.

“It is important that we create an environment that is welcoming for everyone at the footy,” said Houston.

“While we don’t want to stunt competitiveness, we more so want to ensure that our players, volunteers, officials and fellow parents are having fun – that’s what our game is about.

“We encourage all clubs to jump onto the Shoosh for Kids website and download the resources. These will help as a friendly reminder for everyone at your club as to how their behavior can impact on those around them.”

You can find out further information as well as download resources to help your club at the Shoosh for Kids website.