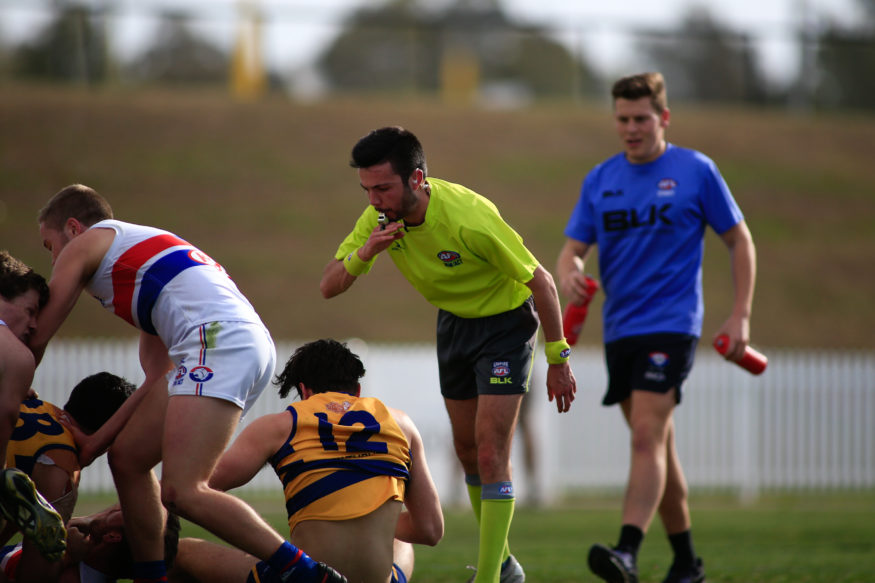 In line with the AFL Commission’s approval for 2019 Toyota AFL Season ‘Laws of the Game’ changes, AFL NSW/ACT have announced the rules that will be adopted by the 14 leagues across the state and territory.

The nine Laws of the Game changes which will apply for the AFL competition in 2019 relate to:

Details regarding the Laws of the Game changes and their application are outlined below.

A video explaining the individual AFL rule changes and interpretations is also available here at AFL.com.au.

The two Laws of the Games changes that will not be adopted by AFL NSW/ACT are:

The following changes will be incorporated into the AFL NSW/ACT generic By-Laws to reflect these changes: