The Power of Footy 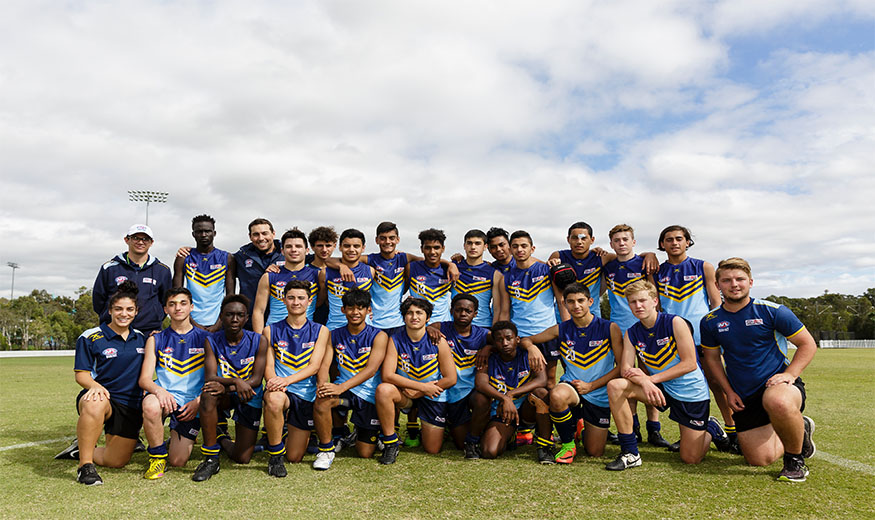 The National Diversity Championship were held in Sydney this week with over 200 players of different cultures from around Australia and the world, coming together with one common interest – footy.

Despite states competing with the ultimate aim to win, it was through this fusion of cultures that we recognised one absolute – AFL is more than just a sport.

It is more than being the fastest sprinter, the most accurate kicker, or the most powerful mid-fielder.

It is about unity, camaraderie and brotherhood.

It is about accepting, embracing and celebrating diversity.

It is about people coming together from all walks of life, from different cultural backgrounds, and from varying levels of experience, to not only learn about each other, but to learn from each other.

Over the past six days, the annual National Diversity Championships hosted by AFL NSW/ACT in Blacktown, saw players come together for a week of football and personal development.

Programs such as the National Diversity Championships aim to provide young AFL players a platform to advance their physical, leadership, and interpersonal skills.

Each day, the young men participated in a round-robin tournament against other Indigenous & Torres Strait Islander, and Multicultural state teams, whilst also collectively attending educational seminars.

For Ryde Secondary College student Helmut Baschleben, AFL wasn’t a major part of his life until now. Born in New Zealand and coming from a German and Tongan background, Baschleben says that the Championships have been an invaluable experience for not only himself, but all the young men in the team.

“The most important thing is the way that we all play, with heart and courage, and the way we back each other up,” Baschleben explains.

“I was so new to the sport, I didn’t know what it was a few months ago, but I was lucky enough to have been chosen for the Talent Camp and then the All Nations Team.

“It’s been a good learning experience for all of us.”

Fourteen-year-old Zimbabwean player, Anotidaishe Matowe from Wagga Wagga, also said that the multicultural program has been a great experience in meeting and getting to know his diverse teammates.

“Usually you stick with your own cultural groups, but here it is a real mixture, and it is eye opening to see how many different people are at the Championships,” Matowe said.

“I have met heaps of great people so far.”

One highlight of the Championships was the education session presented by hip-hop artist and AFL Multicultural Community Ambassador, L-FRESH the Lion, the first Indigenous woman to be named on the AFL Executive, Tanya Hosch, and former Sydney Swans player, Michael O’Loughlin.

They shared their inspirational stories of resilience and ultimate success, inspiring a sense of courage within the young group.

Following the session, O’Loughlin recorded a heartfelt video of the young men expressing their support of Adelaide Crows player, Eddie Betts, who had recently experienced a racial abuse incident.

It was moments such as this, which brought every aim of the Championships, and AFL itself, together.

Connecting people from across Australia of varying cultural backgrounds, spreading a message of love, unity and harmony – this is what AFL is about.