Parker Named in AFLW 22Under22

The inaugural AFLW 22Under22 team, presented by The Diamond Guys, has been revealed with young gun Alyce Parker named in the midfield.

22Under22 is a fan-voted concept, run by the AFL Players’ Association, that recognises the best 22 players aged 22 and under for the entirety of the season.

This season Parker, 19, continued her stellar rise as one of the competition’s best midfielders.

The Holbrook product averaged 21 disposals in her seven games and has become renowned for her match winning ability via her lethal left boot.

Along with being named in the 22Under22 team, Parker has also been named in the 2020 AFL Women’s All-Australian squad for the second season in a row.

After the release of the 31-player squad, almost 1,800 team entries were created by fans across the country.

This is the first year the 22Under22 concept has been extended to the women’s competition, since its inception in the male competition in 2013.

The AFL Players’ Association’s 22Under22 is the only recognised AFL award voted by the fans. 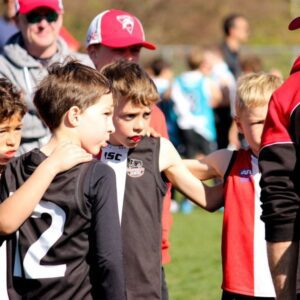