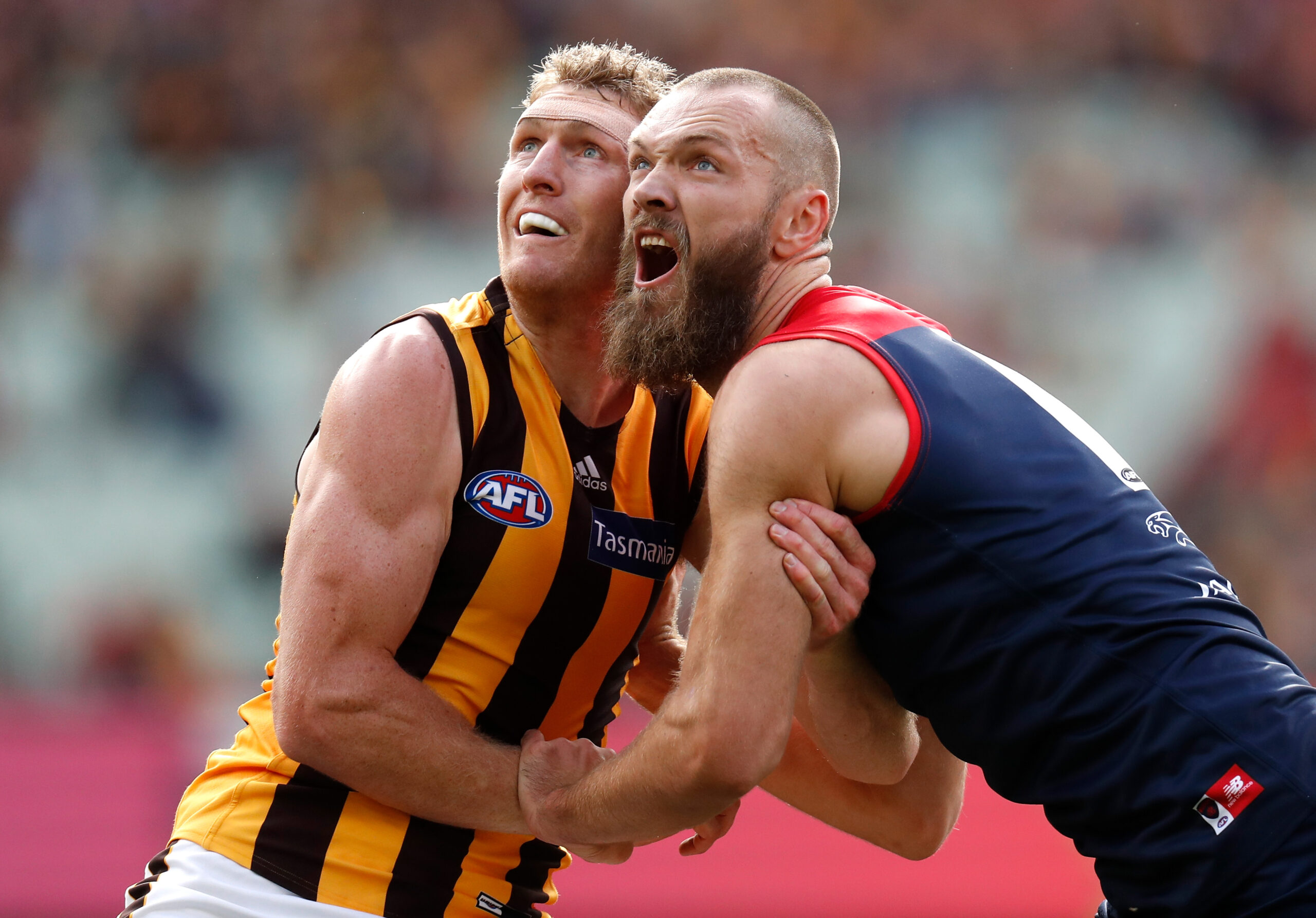 MELBOURNE, AUSTRALIA - MAY 04: Ben McEvoy of the Hawks and Max Gawn of the Demons compete in a ruck contest during the 2019 AFL round 07 match between the Melbourne Demons and the Hawthorn Hawks at the Melbourne Cricket Ground on May 04, 2019 in Melbourne, Australia. (Photo by Michael Willson/AFL Photos)

AFL NSW/ACT is looking forward to welcoming teams from Victoria and Queensland to New South Wales for the next block of fixtures as the Toyota AFL Premiership Season continues in 2020.

Melbourne, Hawthorn, the Gold Coast Suns and Brisbane Lions will relocate for at least the next block of fixtures whilst Geelong and Collingwood will spend a week in Sydney before playing at the SCG and Giants Stadium next weekend.

The teams will be based across Sydney in suburbs including Manly, Coogee, the Sydney CBD and Sydney Olympic Park with the Gold Coast Suns to be based in Wollongong. Players will train at the Moore Park precinct, Sydney Olympic Park, Blacktown International Sports Park, North Dalton Park and other key community AFL venues.

Local teams the Sydney Swans and GIANTS will also continue to be based in Sydney.

Acting CEO NSW/ACT Tiffany Robertson is delighted to host the elite teams across the region in the coming weeks. “New South Wales having the opportunity to play host to so many great teams and elite players over the coming weeks is really exciting and we hope that with crowds returning to venues, lots of our local footy fans will have the opportunity to see these teams in action.”

“We’re looking forward to providing the best possible experience for these teams while they’re away from home and hope they enjoy their time here.” she said.

AFL continues to grow in popularity across New South Wales and the ACT with 294,947 participants involved in AFL competitions and programs in 2019. The 2020 Community Football season is also on track for record levels with approximately 95% of our teams already set to return for the condensed community footy season across the State and Territory when it kicks off in two weeks’ time.

The AFL, in conjunction with AFL NSW/ACT, is working closely with local stakeholders to confirm training and match day logistics all executed under the strict protocols the AFL has in place for the 2020 Premiership Season.

Further detail regarding elite Club training schedules will be worked through in due course.