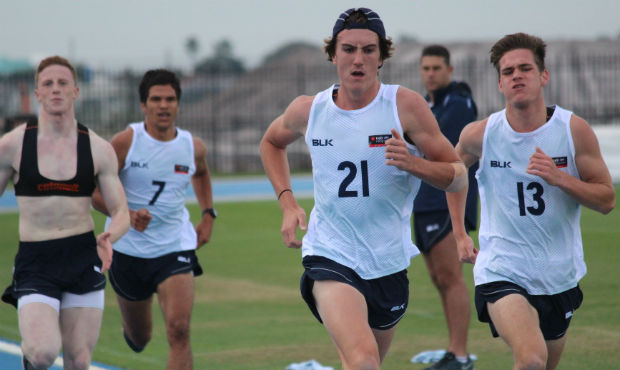 The GWS Giants have nominated Harrison Macreadie along with 8 other Academy members, so they can therefore match any bids made for the players by other clubs on Draft night.

If the selected players are overlooked on Draft Night, the Giants have the option to select them as a Category B rookie.

The nomination is yet to settled the key defender’s nerves “I’m still nervous, but it gives me some reassurance knowing that the Giants are interested in me and that I might be included on a AFL List next year, but who knows.” Macreadie said.

Macreadie, who was relocated to Sydney to join the Giants NEAFL side, has been associated with the club for 4 years, “My first involvement with the Giants was when I was 14, where I was invited to train with the Giants Academy.”

“It has been a great building block and experience as a footballer and an individual.”

Macreadie joined 7 fellow Giants Academy members in the NEAFL Grand Final, where they were victorious over Sydney University.

The draft prospect has been selected in the honourable NAB AFL Academy where the best young footballers are granted a 12-month scholarship to enhance not just their football, but their education and personal development as well. Only 56 players nationwide were granted this opportunity in 2015 and Macreadie has been able to make the squad for 2 years straight.

“My time in the AFL Academy was really helpful. We had a really experienced group of coaches such as Lenny Hayes, Matthew Llyod and Luke Ball.”

“I learnt so much from the academy and I think it really developed my footy.”

During his time in the NAB AFL Academy, Macreadie was able to travel to both New Zealand and USA.

“We travelled to New Zealand last year, where we played the national side. This year we were able to go to America, where we trained at the IMG Academy in Florida.”

In September, Macreadie was nominated by 5 or more clubs to attend the 2016 NAB National Draft Combine, however an injury that occurred in the NEAFL grand final prevented him from testing.

“I wasn’t too worried about missing out as most of the clubs had seen me test with the AFL Academy. It would have been nice to see how I measured up to the other boys though.”

Draft expert Callum Twomey described Macreadie “He has the size to hold down centre-half back and the athleticism to play on the wing. Macreadie uses the ball cleanly, can take marks overhead and isn’t afraid to tuck the ball under his arm and go for it.”