NEAFL R19 Round Up – Record-Breaking Students 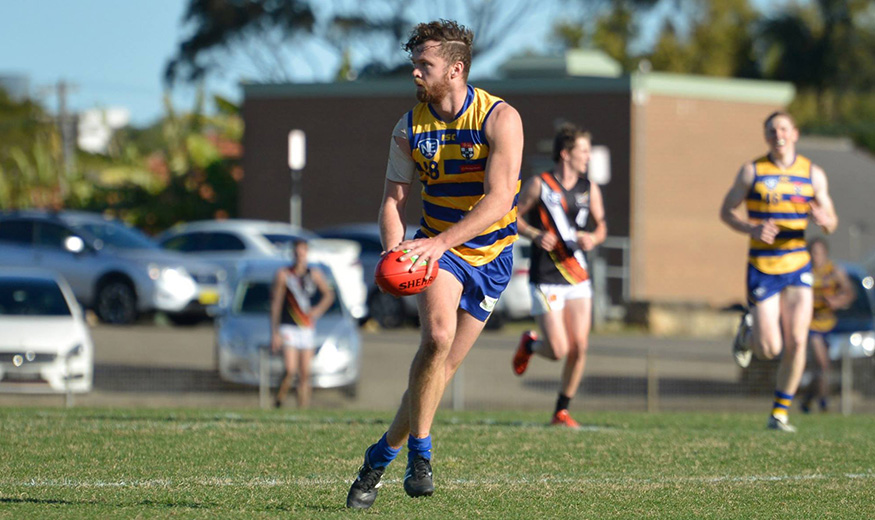 The Canberra Demons have scraped back into finals contention with a five-point win over the GWS GIANTS.

The win puts the Demons equal on points with sixth-placed Aspley, behind only on percentage with two rounds to go.

The GIANTS got out to an early lead at quarter-time, but would be left rueing some inaccurate kicking. The Demons fought back, managing to take a four-point lead going into half time.

The GIANTS had more scoring shots for the match but were unable to make it count in front of goal. The Demons made them pay, kicking eight goals in the second half in a clinical display. The GIANTS hit the lead during the final quarter, but the Demons managed to find a way to get the result.

Demons small-forward Ben Fulford had an impressive match, kicking four majors. He was a dominant force up front and consistently got his hands on the ball. Jacob Turner was another one of Canberra’s best, kicking two goals for the game.

The GIANTS again toiled hard, but were unable to win on the road in Wagga Wagga. Tendai Mzungu was their best, a constant presence around the stoppages and his efforts were rewarded with two goals. Lachlan Tiziani top-scored, with three majors.

The GIANTS have the bye next week, while the Demons host Sydney University. The Demons are doing all the right things to secure a finals position, but a win against the Students could be their hardest task yet.

The Sydney Swans have fallen just short in their table-topping clash at The Gabba, with the Lions securing a 19-point victory.

The top-two battle lived up to every expectation as both teams threw themselves at the ball. The Lions, however, were able to overcome the ladder leaders and put the pressure on the Swans, who still sit top but only through percentage.

The Lions got off to a strong start, and opened up a lead that the Swans were never able to peg back. A tight second quarter saw both sides kick four goals and four behinds as each player fought tooth and nail for every ball.

A six goal third quarter saw the Swans bring the margin back to 18 points, however some inaccurate kicking in the final term meant the Lions would walk away with the victory.

James Rose was in career best form, kicking six straight to go with 23 disposals. He dominated around the park, constantly a danger with ball in hand and impressing with electric speed and accurate finishing.

Dan Robinson was the only other multiple goal-kicker for the Swans, picking up two goals along with 27 touches.

A lack of ruck option was the clear downfall for the ladder-leaders, as the Lions won the hit-outs 67-14. The Swans will be hoping to get a few more players back on board before they take on the Redland Bombers at home next weekend in the penultimate round of the season.

Sydney University have produced a record-breaking performance to defeat the NT Thunder at Henson Park. The 118-point victory was the Students’ highest ever score and their biggest winning margin.

University consistently turned strong and resolute defence into points throughout the match. They had opened up a 71-point lead by half time and were relentless as they put the Thunder to the sword.

The Students had fifteen different goal scorers on the day – Aaron Day leading the way with four majors.

Zac O’Brien continued his ball-winning form, picking up 41 disposals and a goal. Damien Bonney also had an impressive match, kicking three goals to go with 22 disposals.

Darcy Baron-Hay and Ryan Hebron were standouts in defence, as they repelled attack after attack and turned it into scoring opportunities. Sam Tagliabue also dominated in the ruck, helping the Students midfield create lots of clear chances at the stoppages.

University remain in third position and travel to Canberra next weekend to take on the Demons. This massive victory will give them plenty of confidence going into the pointy-end of the season.