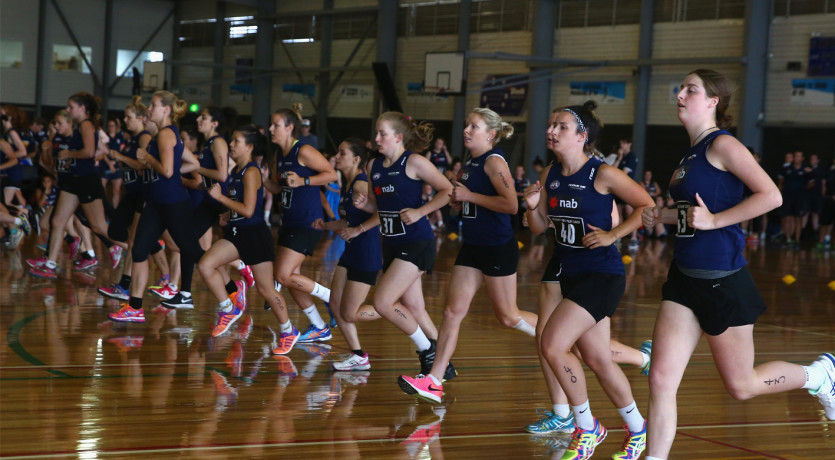 The AFL is inviting female athletes to testing at Riverview College, February 21.

The Talent Search is designed to give female athletes who are currently active in other sports the opportunity to test their football fitness and skills.

“We want Australian football to be the sport of choice for female athletes and we know there are many talented footballers who have backgrounds in other sports,” he said.

“We want to engage with these players and give them the chance to enhance their football skills while expanding our talent pool as we look towards the national women’s competition in 2017.”

AFL Female Ambassador and Melbourne captain Daisy Pearce will lead the sessions with state female academy coaches. The AFL has partnered with Rookie Me to conduct the athletic testing.

“This is an exciting time for women’s football and I’m looking forward to travelling around the country and meeting the athletes,” Daisy said.

“Many of the current stars in our game have also competed at the elite level in other sports. If we find more of them through the talent search the standard of our sport can only improve.”

Athletes identified during the campaign will be offered places in female state academies (which support players already identified) and places in state league clubs.

Participants will get an opportunity to demonstrate skills including kicking, marking and hand balling as well as their decision making, spatial awareness and appetite to compete.

Click here to register for the National Female Talent Search

lPILA sign on for another 3 years
Sydney Swans Give Back: Community Camps 2016r