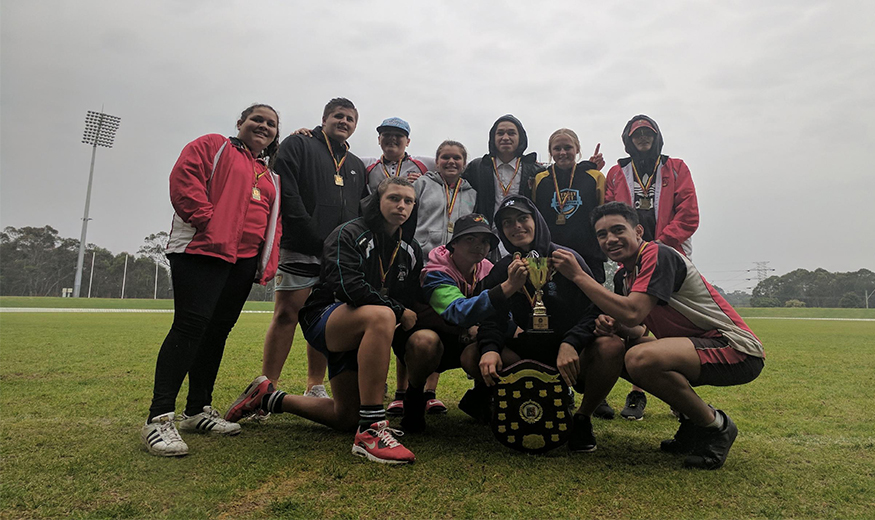 Now in its sixth year, the annual NAIDOC Cup is run by AFL NSW/ACT as a part of National NAIDOC Week, which begins this Sunday.

More than 100 students took part in an AFL 9s-style round-robin tournament, and were cheered on by parents, teachers, and volunteers throughout the morning.

“The NAIDOC Cup is our pillar event for NAIDOC Week,” says Bell.

“The event is designed for students to take pride in their culture, and share that culture with their school peers.”

Former GWS GIANTS AFL Women’s player, Codie Briggs attended the event, mingling with the teenagers and sharing her knowledge of the game.

National NAIDOC Week celebrates the history, culture and achievements of Aboriginal and Torres Strait Islander peoples, and takes place from 2-9 July 2017 across Australia.

AFL NSW/ACT will be taking part in National NAIDOC Week celebrations at the National Centre of Indigenous Excellence (NCIE) on 7 July 2018 in Redfern. Please visit the NCIE website for more information.