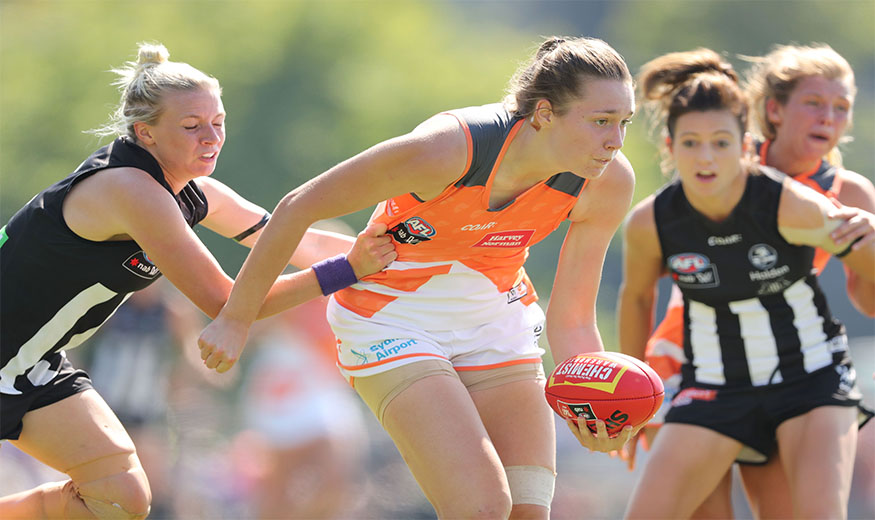 The AFL has confirmed the squads to play in the 2017 NAB AFL Women’s State of Origin match.

The Allies will take on Victoria during the Celebration of Football Week at 7.40pm on Saturday, 2 September 2017 at Etihad Stadium.

Additions for the Allies include Katie Brennan from Western Bulldogs, Bianca Jakobsson from Melbourne, and Stevie Lee Thompson from Adelaide. Erin Phillips is unavailable due to her WNBA commitments in the USA.

The AFL has also confirmed the State of Origin match will also include NAB Supergoals – nine-point goals that will be awarded to goals kicked outside 40 meters.

AFL Head of Female Football, Josh Vanderloo said the addition of the NAB Supergoals will be a highlight of the night.

“The State of Origin match provides a great opportunity for us to be creative about how we showcase the best female players in the country,” he said.

“I look forward to watching forwards such as Tayla Harris and Sarah Perkins kicking for the big nine-pointers.”

The NAB AFL Women’s State of Origin match will be broadcast live nationally on the Seven Network and FOXTEL/FOX FOOTY. Entry to the match will be free of charge.

The State of Origin squads were initially based on the 2017 Virgin Australia AFL Women’s All Australian squad. Selection is based on where a player is born, not which state they are currently playing in.

An Under 18 State of Origin match will be played as a curtain-raiser featuring players in the All Australian squad. The NAB AFL Women’s Under-18 All Australian team will be announced after the match.