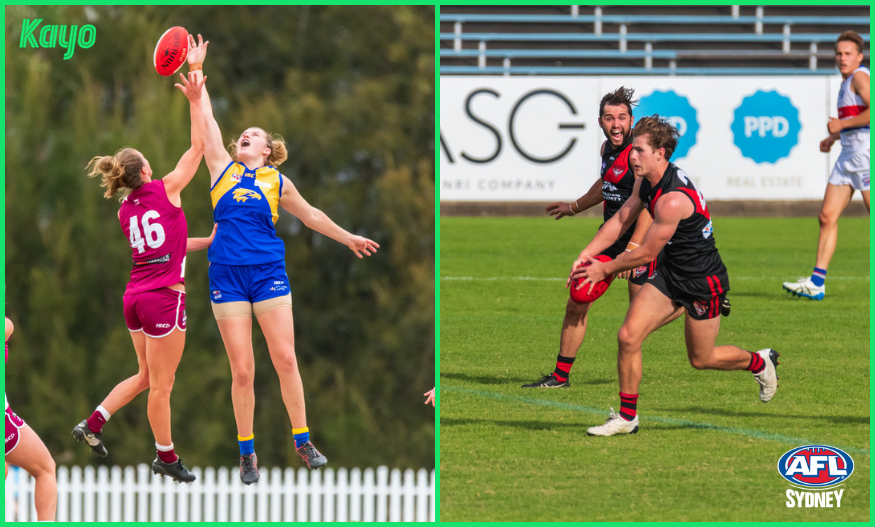 AFL NSW/ACT is excited to announce Kayo will stream AFL Sydney’s match of the round in the Men’s and Women’s Premier Division competitions live and on-demand throughout Season 2021.

The new broadcast opportunity with Kayo gives fans, friends and families of the AFL Sydney community the chance to watch the best community football Sydney has to offer anytime, anywhere. AFL Sydney is the only community AFL league in NSW/ACT to be streamed on Kayo.

Two AFL Sydney matches a week will be accessible via Kayo Freebies, which fans can access by downloading the Kayo Sports app or visiting www.kayosports.com.au/freebies and registering for a Freebies account. Kayo Freebies are free, and no credit card details are required to register and start streaming.

Head of AFL NSW/ACT, Tiffany Robertson, said the announcement was proof of the interest in AFL Sydney.

“Having Australia’s largest sports streaming service offer AFL Sydney to its audience shows the broad reach of this competition,” she said.

“It will be a thrill for players and followers of the league to watch live and playback the best Men’s and Women’s matches. The players’ hard work, determination and talent has led to this partnership with Kayo and I have no doubt the league will be stronger because of it.

“There are more than 15,000 players in AFL Sydney’s seniors and juniors competitions, and each of them will have a keen eye on the Premier division’s match of the round each week.”

Kayo Marketing Director Kim McConnie said: “The decision for Kayo to stream local sports competitions from across Australia and bring these leagues the national exposure they deserve is a decision we are immensely proud of.

“AFL Sydney is one of the largest Aussie Rules competitions in New South Wales and we are thrilled to showcase the talent of the league on Kayo.”

In addition to streaming AFL Sydney matches, Kayo has also launched a new campaign to support community sports clubs across the country.

As part of the campaign, Kayo are providing 50 $1,000 cash grants to AFL and rugby league clubs in NSW and Victoria, with participating clubs also given the chance to win one of 10 Ultimate Kayo Days at their local ground, which will include the presentation of the cash grant, a visit from the Kayo Toyota Hilux packed full of giveaways and games and a special guest appearance by a sporting great. Any local sports club in Australia will be able to register for a Kayo supporters sticker pack and complimentary 12-month Kayo subscription.

The initiative is supported by Kayo’s presenting partner, Toyota Australia. Two Kayo-branded Toyota Hilux vehicles will be at the centre of the NSW and Victoria activations and be used to transport talent and merchandise to local community sports grounds.

AFL Sydney matches that will be streamed on Kayo include:

*Finals to be announced. Dates and matches are correct at time of publishing and may change.