Lending a GIANT Hand to the flood affected 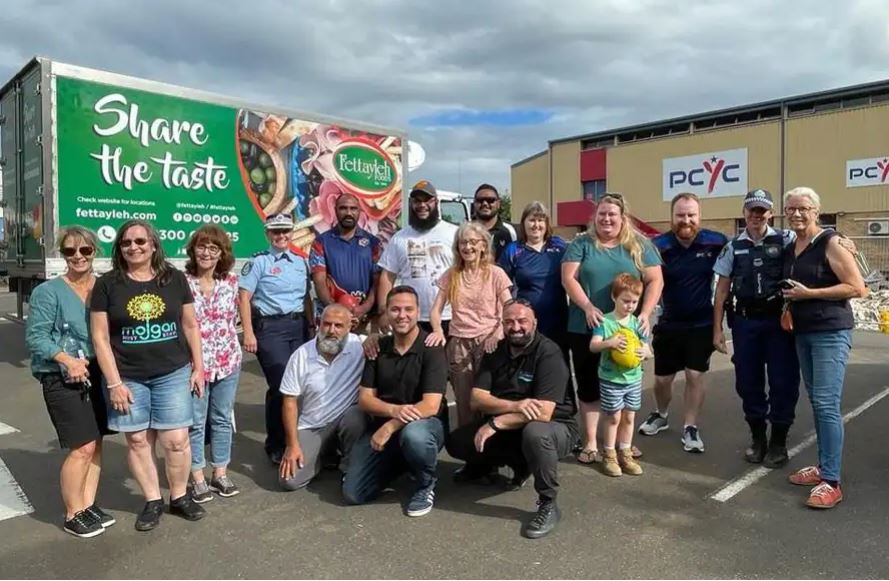 This article was first published at gwsgiants.com.au

The GIANTS have been busy working on the club’s flood recovery effort this week, raising more than $85,000 already and packing and delivering 3,000 meals for the Northern Rivers region over the weekend.

The GIANT Hand project which launched last year during lockdown is an initiative which saw the club partner with several community organisations to provide meals to vulnerable members of the community who were facing the most severe lockdown conditions in Western Sydney as a result of COVID.

The meals were prepared at the GIANTS training facility in Sydney Olympic Park in partnership with Multicultural NSW, and were delivered by GIANTS players, staff, local schools and local community organisations.

Following a busy few months helping those in Western Sydney, the GIANT Hand program have now turned their attention to helping those who have been affected by the floods in Northern NSW.

On top of the 3,000 meals, the club also provided equipment to sports clubs decimated by recent flooding to get them back on their feet and playing sport.

“Countless people across NSW have been significantly impacted by the recent flooding with many losing their homes and or livelihoods,” said the GIANTS’ Head of Community, Ali Faraj.

“For many, the cost has been immeasurable and will continue to be so for a long time to come. There are individuals and families across the state that don’t know where their next meal is coming from, which is something we’re seeking to address.

“We are also committed to helping those community sporting organisations who have been impacted by flooding given the role they play in galvanising their communities.

“The GIANTS know first-hand how sport can act as the lifeblood of the community for many people which is why we’re using funds raised via the GIANT Hand initiative to get grassroots clubs back on their feet” he said.

The GIANTS will be delivering meals to those in need across NSW for at least the next month with the program to be extended when and if required.

CLICK HERE TO DONATE TO THE GIANT HAND FLOOD RECOVERY

lPlayers to watch: Women's Summer Series final round
NAB and the AFL helping flood-hit footy clubs get back on the groundr