Kayo to stream more than 55 AFL Sydney matches in 2022 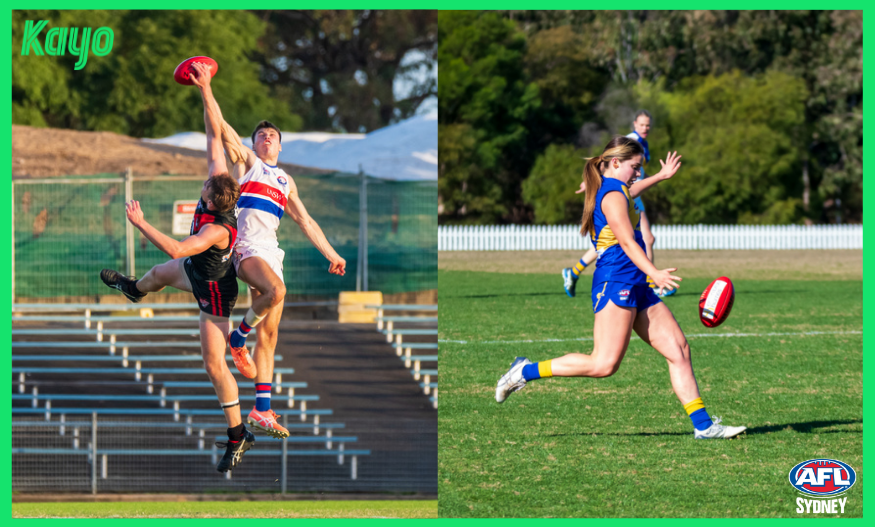 AFL Sydney will be one of Australia’s most watched community football competitions once again as it partners with Kayo to live stream women’s and men’s matches in 2022.

Thirty-four AFL Sydney Premier Women’s and Premier Men’s matches of the round plus 11 additional marquee fixtures will be streamed live on Kayo Freebies throughout the regular season.

These marquee matches include the AFL Sydney season opener between powerhouse clubs UNSW-ES Bulldogs and Sydney University, the traditional Anzac Day clash between Inner West Magpies and Pennant Hills Demons and the Indigenous Round match between Manly Warringah Wolves and the East Coast Eagles.

Additionally, each of the women’s and men’s Premier Division finals matches (including Grand Finals) will be shown live on Kayo Freebies ensuring footy fans can tune into AFL Sydney’s finest competing for 2022 premiership glory no matter where they are in Australia or around the world.

Fans can download the Kayo Sports app or visit kayosports.com.au/freebies to register for a Freebies account. No credit card details are required to register and stream Kayo Freebies.

Head of AFL NSW/ACT, Tiffany Robertson, said AFL Sydney has earned the right to be streamed as it is one of the sport’s largest leagues.

“AFL Sydney has gone from strength to strength over the past decade,” she said. “Multiple players have used the league as a springboard for their AFL careers with competitive matches on offer each weekend across Premier men’s and women’s competition.

“This season, the players will be hungrier than ever to etch their clubs into history and taste premiership victory.

“It’s exciting to think thousands of AFL Sydney participants who keep a close eye on the Premier division results can now watch them live or play them back at their convenience.”

“With more than 55 matches available on Freebies this season, we’re able to make the grassroots competition even more accessible to fans and showcase the league’s top talent.”

AFL Sydney Match of the Round Schedule – 2022