Join the GIANTS in celebrating Multicultural Round 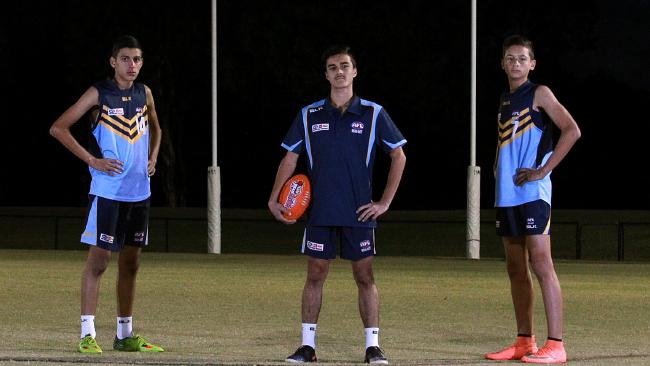 Australian Rules Football has long been regarded as a great way to bring different people and cultures together.

For western Sydney teenagers Yousuf Ismail, Abdullah Ayaz and Jacob Moussa, playing Australian rules football has given them the chance to build friendships and share their cultures with others.

The trio recently attended an AFL multicultural camp in Queensland and said playing sport had helped them forge stronger friendships.

“I’ve made heaps of friends from all over, and you learn about them and what they do in their day-to-day lives that’s different from you,” said Jacob, whose background is Lebanese.

Abdullah, who has Pakistani and New Zealand heritage, said: “AFL is a good sport. You get fit, you get to run around and you bond with your friends on the field.”

To celebrate the AFL’s Multicultural Round on Saturday, July 9, NewsLocal is teaming with western Sydney’s own AFL side, the GIANTS, to bring together children from a diverse range of backgrounds.

Those selected will get to cheer the GIANTS on to the ground as part of a guard of honour before the match at Spotless Stadium against Collingwood. They will also have their name, team and heritage featured on the ground’s big screen.

Those chosen to take part in this mini United Nations of AFL will also receive a family pass (two adults and two children) to the game and a special supporter pack including a limited edition Giants multicultural guernsey.

Jacob is keen to get his hands on the No. 3 guernsey of his favourite GIANTS player, Stephen Coniglio. “When I had the chance to meet him, it was great,” he said.

Yousef, who has Lebanese heritage, said: “I think if we can see more people from different backgrounds in the media, it would be more popular in our suburbs, because it’s a great game.”

The Australian Bureau of Statistics lists more than 30 different countries as a place of birth for most major suburbs in the area and the AFL is actively encouraging engagement through a range of programs.

Be part of footy’s Multicultural Round