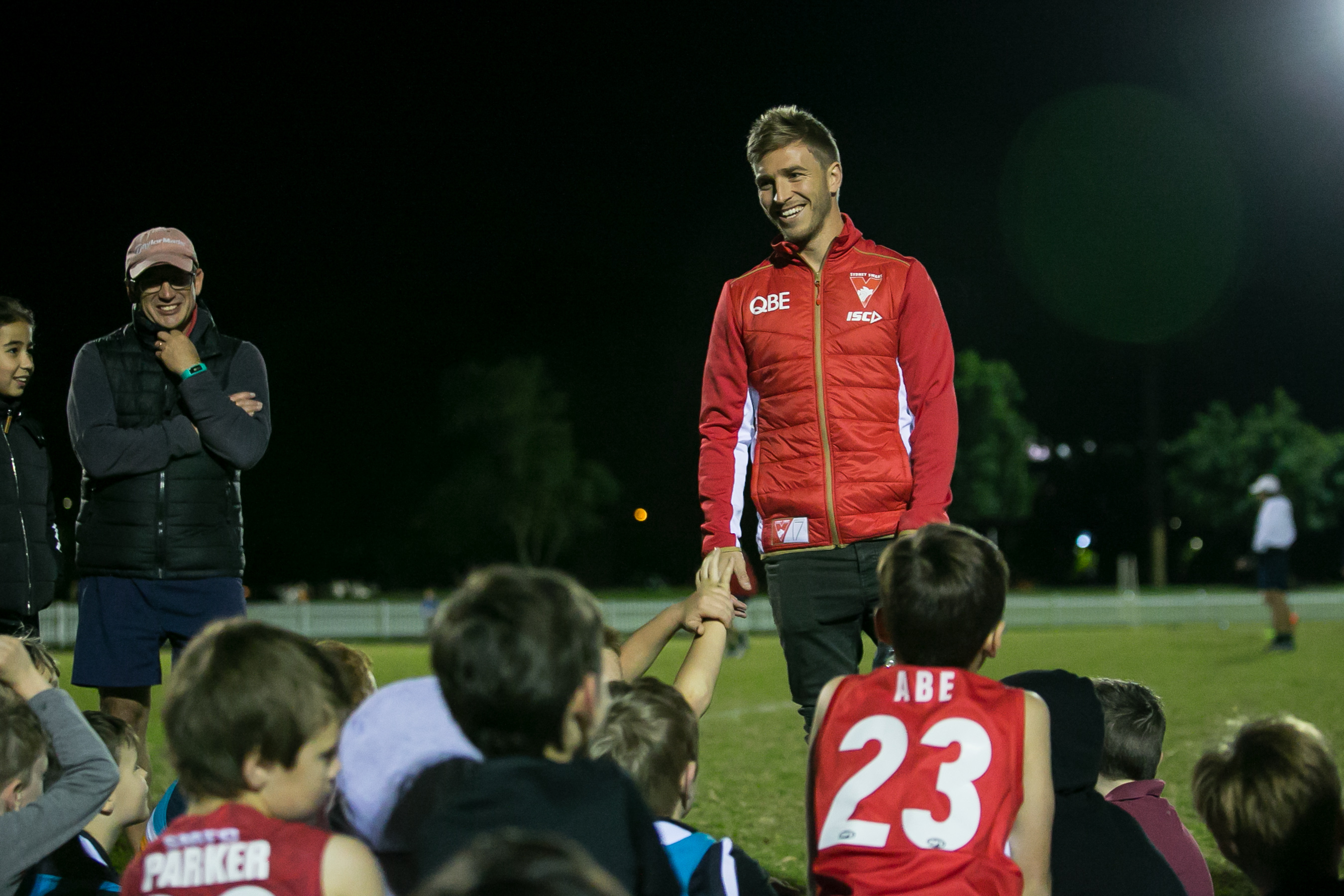 Originally published by the Sydney Swans.

Jack grew up in Cherrybrook in Sydney’s north-west, played junior footy with the Pennant Hills Demons and was drafted to the Swans as a rookie in November 2005.

And 14 years later, he’s farewelling the game with more than 250 AFL matches on his resume, as well as the 2012 premiership, All Australian honours, a Club Champion medal and selection in the greatest NSW team of all time.

Jack also co-captained the club alongside Jarrad McVeigh between 2013 and 2016, leading Sydney to four finals campaigns and two grand finals.

Longmire says Jack has had as “significant” an influence on the growth of Australian rules football in NSW as anyone.

“I’d like to thank Kieren on behalf of the footy club and the AFL community as a whole for helping drive AFL in this city and in this state,” Longmire said.

“He’s had a big influence on the growth of the game in this city and in this state over the last 14 years.

“He’s come from another sport, came into Australian rules footy and was spotted as an 11-year-old playing in the Paul Kelly Cup on the SCG. It’s just a great example of the opportunities this city has with different sports. It’s a magnificent city to live in, but you’ve also got so many different choices as a kid growing up.

“Kieren leant towards AFL football and fortunately for us as a club he was able to make a real success of it and carve it out at the top level for such a long time. You can’t help but understand that the local kids look up to him and aspire to one day be a Kieren Jack. I think that’s a great legacy to have and particularly for anyone in a really competitive sporting market like Sydney. His influence has been great on the footy club but also the code up here, which is pretty special.”

Jack was a rugby league prodigy in his youth and didn’t take up Australian rules football until the age of 15.

The Pennant Hills Demons have produced past and present AFL footballers Kieren and Brandon Jack, Jarrad and Mark McVeigh and Lenny Hayes.

“The strength of the Swans, and potentially my story, has really helped kids in this state,” Jack said.

“Just because you may have played rugby league until the age of 12, 13, 14, it doesn’t mean the doors to the AFL are closed. I think the doors to AFL football are well and truly open. The Swans Academy has had a lot to do with that and the Giants have helped as well.

“If I’ve played a small role in a kid now wanting to play AFL football, I’m pretty happy about it.”