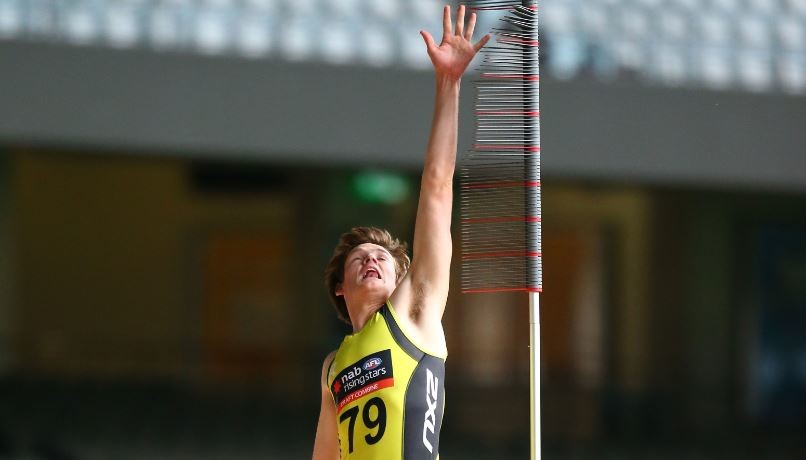 Narrandera ruckman Matthew Flynn was one of only a handful of genuine ruck options in this year’s NAB AFL Draft National Combine crop.

The PM Capital GIANTS Academy member was one of eight NSW/ACT players who were put through their paces at last weekend’s combine, impressing with his agility and speed.

“I’ve played a lot down at centre half-back but recently I’ve been put into the ruck or up forward which I’m starting to like a lot more now.”

Flynn joined more than 80 other draft hopefuls at the Combine, completing a range of physical and mental tests under the watchful eyes of AFL recruiters.

“It’s been tiring but it’s been a good experience to be here with some of the better footballers around the country. Obviously the 3km time trial is tough on the last day but mentally you’ve got to get up for it as well so after the beep and repeat sprints in the previous 24 hrs it’s pretty exhausting.”

NAB AFL National Draft night on November 24 will see Flynn and others learn whether they will make the next step towards their AFL dreams.

“I’m pretty nervous, well, very nervous, but I guess I’ve done all I can do now so just have to wait and see and if it doesn’t work out there’s always another year but yeah, I’m very nervous.”

The 200cm big man did get to experience what it might be like on an AFL list as he played five NEAFL games with the UWS GIANTS this season, including a three goal performance against Sydney Swans.

“That was an awesome experience. I played a couple of games there lining up with Jon Patton. It was pretty cool to be out there with household names.” Matthew Flynn has his fingers crossed for an AFL call up. (Photo: Michael Dodge/AFL Media)