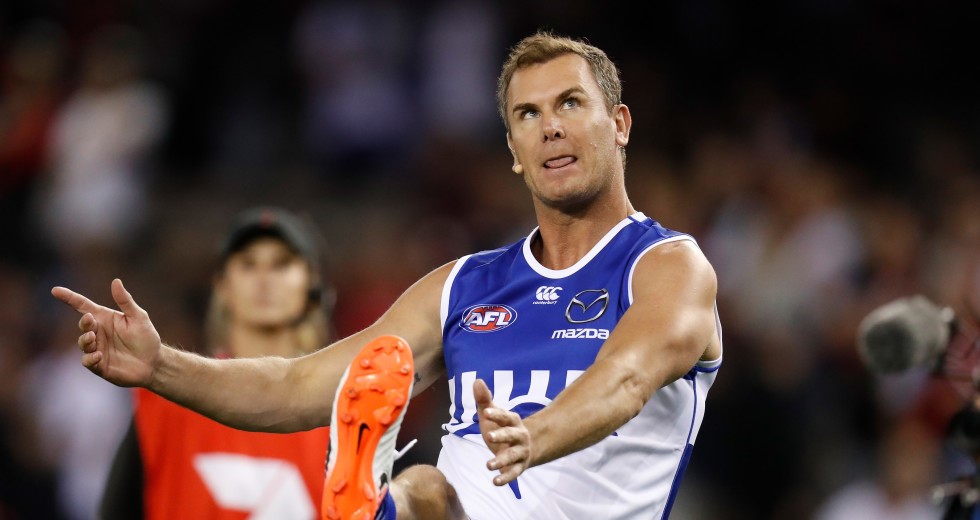 In the week NSW Australian Football turned 140 its greatest player, Wayne Carey, has revealed he grew up barracking for the Parramatta Eels and South Melbourne.

Its salt in the wounds for Swans fans who lost Carey and John Longmire to North Melbourne for $70,000 in 1988.

But the news should be taken with a grain of the same stuff when the prospect of losing the Kangaroos champion to Rugby League was a real one.

Carey was an Eels fan but his move to his auntie’s house in North Wagga brought footy into the mix. Auntie Pam and Uncle Bob Causley lived on William Street just 50 metres from McPherson Oval.

“They were my happiest childhood memories there at McPherson Oval,” Carey said. “They were really good times for me. I started playing at 8am in the under 10s. The fog would set in sometimes and you couldn’t see the other end of the ground. I would be there all day. I’d run the boundary in the reserves and sometimes, the seniors. I got a pie and a can of coke for doing it”.

“My footy boots were hand me downs from a cousin. The first proper footy I got, a Sherrin, was one I won at a Carnival when I was 10. I treated it like a baby, I polished it and never kicked it on the road. I didn’t trust my brother (Sam) to mark it. If Sam was kicking with me it had to be on the grass.”

Forty years later the game is celebrating their good fortune and Carey’s contribution by including his name alongside triple Brownlow medallist Hayden Bunton’s on the Carey-Bunton medal.

It will recognise the best player from NSW annually through the AFL Coaches Association voting.

The Coaches Association award started in 2004, and previous NSW winners including Brett Kirk, Lenny Hayes, Taylor Walker, Kieran Jack, and Zac Williams will be awarded the medal retrospectively. A team of the year will also be named with Carey one of the selectors along with Mark McClure, Gerard Healy, Mike Sheahan and Richard Colless (convenor).

It’s a fitting tribute to Carey’s impact on footy north of the Murray and south as well. In 2008 he was named as the greatest player ever in a book titled ‘The Australian Game of Football’. The book, published by the AFL, included a list of the top 50 players of all time.

Remarkably Carey’s inspiration didn’t come from any of the champions listed. His was a home-grown product of Wagga, Laurie Pendrick.

“Laurie was my first football hero,” Carey said. “He was a very good player and a standout in Wagga. He played in the centre but could go forward and kick goals. He was tough and hard and opposition fans hated him and North Wagga fans loved him”.

“He was the captain coach and had a really deep voice. The rooms were pretty small back then so they didn’t let many in. I tried to get in as often as I could and I loved the smell of the deep heat and the rah rah. If I wasn’t in the room I had my head sticking through the door. You could usually hear him outside the rooms because his voice was so loud.”

North Wagga Wagga wasn’t the most exclusive area of the town and money was scarce. When Carey was named in the NSW primary school team the footy club raised the finance which allowed him to make the trip.

“North Wagga had raffles and raised funds for me to go to Darwin,” Carey said.

“The trip to Darwin was big and my first meeting with John Longmire.”

Carey cut his foot swimming near an oyster bed but did enough to impress then Swans recruiter Greg Miller. A decade later when Miller was working for North Melbourne came calling on the young pair of New South Welshmen.

Carey says at that stage he was the junior partner in the deal which would help secure the Kangaroos amazing run of success through the 1990s.

“Greg Miller remembered me from the carnival in Darwin and threw me in with the deal with John when we went to North,” Carey said. “They paid $70,000 for us and Horse was $60,000 of that and I was $10,000. John was a very accomplished player at a young age, he had every VFL club after him.”

It is the deal which broke Sydney fans hearts and still lingers in their collective memory, especially those who watched North Melbourne beat the Swans in the 1996 grand final.

The pill is made even more bitter by the fact Carey grew up following the red and white.

“I barracked for the Swans,” Carey said. “The Sydney blokes would come down and do clinics. That’s where I met Stevie Wright. He was my first VFL/AFL hero, he pulled me aside at a clinic and had a kick with me and I loved him from that time on.

“The reason why I wore the number 26 in the 1990 state game against Victoria was because of Stevie Wright.”

Wright coached Clarence (Tasmania FL) to back to back flags in 1993 and 1994 and is still involved in football. He is currently coaching Meeniyan-Dumbalk in the Alberton League in South Gippsland, Victoria.

“Wayne told me the story about the footy clinic but I hadn’t heard about him wearing the number 26 for NSW,” Wright said. “It’s obviously nice to hear that Wayne remembered me, it just goes to show what a difference it makes when you show interest in kids wherever they are.” (Ed. Steve Wright was vice-captain of the 1990 Origin team and wore #12 in that game)

The kid Steve took some time with is now the ‘King’ or ‘Duck’ depending on who you talk with.

“I’ve always felt strong about where I come from,” Carey said. “I was born and bred in Wagga and I’m proud of that.”