GWS skipper a born leader, not just a local 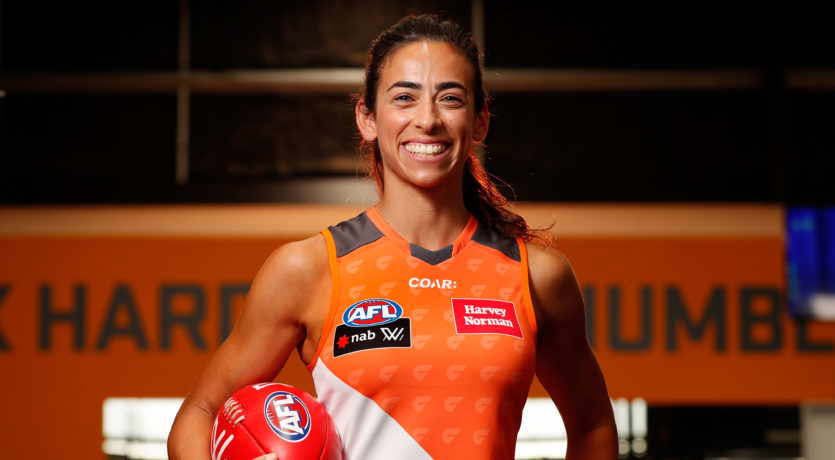 SYDNEY, AUSTRALIA - JANUARY 17: Amanda Farrugia of the Giants poses for a portrait during the GWS Giants team photo day at Giants Headquarters, Sydney on January 17, 2017 in Sydney, Australia. (Photo by Adam Trafford/AFL Media)

GREATER Western Sydney captain Amanda Farrugia may have been born and bred in Giants territory, but her appointment was based on outstanding leadership qualities, and had nothing to do with her being a local.

Farrugia was named the Giants’ inaugural captain this month, after winning a vote of teammates and coaches.

The 31-year-old won the Mostyn Medal as the best and fairest player in the AFL Sydney competition in 2015, and has made a major contribution to the code in her role as a PE teacher, after setting up an AFL program at her school in Seven Hills.

GWS AFLW manager Libby Sadler told AFL.com.au Farrugia was a highly regarded player in Sydney footy circles before she was selected with pick No.64 at last year’s women’s draft, and she’s only enhanced her reputation since pre-season training began last year.

“Amanda certainly wasn’t selected due to geography. Her leadership skills speak for themselves on and off the field, and she exemplifies the values determined by the group and is a really strong leader,” she said.

“She has gathered respect across the playing and coaching groups through her efforts in training, and communication with players and coaches.

“There’s a lot of talent coming out of the western Sydney region, both male and female, and the AFLW competition has given us a wonderful opportunity to fast-track our female talent.”

Sadler played an important role in putting together the Giants’ squad with coach Tim Schmidt, and the pair had intimate knowledge of local players after working with the NSWACT female talent program over the past few years.

The Giants picked just nine players from outside NSW/ACT and Sadler believes that shows just how much the sport has grown in the non-traditional footy state.

“I’ve seen the change and growth in female participation rates, which have increased significantly, from two senior leagues in 2011 to 12 senior and junior leagues combined, with more than 4000 females playing on weekends,” she said.

“Our talent has also increased, with the NSWACT Female Talent Academy working to fast-track junior talent in the AFLW pathway.

“Our results speak for themselves, with our under-18 youth girls team winning division two of the AFL Youth Girls National Championships in 2016.

“Tim and I have complete faith that our girls will deliver some outstanding results in their first year,” Sadler said.

“Our players are committed and progressing at an amazing rate as we build towards our first game.”

For more information on female football in NSW and the ACT please click here.

To register to play AFL in season 2017 with your local club please click here and enter your postcode in the club finder. 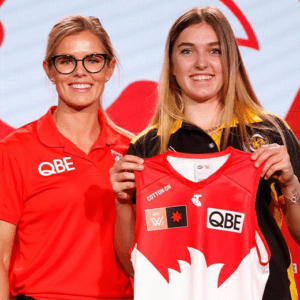 AFLW Draft: Swans and GIANTS’ picks (and a Tiger!)