With their home ground located on Crown land, East-Wagga Kooringal (EWK) is used to working harder than most to get things done.

The club receives little assistance from the local Council in caring for Gumly Oval, and often relies on the dedication and goodwill of club members to maintain the ground.

Fortunately, 2013 has seen a change in fortune for the Hawks, who, with the help of AFL NSW/ACT, have undertaken significant renovations to improve the facilities at their spiritual home.

Club President, Rob Richards, said that receiving the Joss Group and AFL Facility Grant from AFL NSW/ACT had allowed the club to make some much needed upgrades to Gumly Oval.

“Our change rooms were in desperate need of refurbishment and we were fortunate enough to get an AFL JOSS Facilities Grant,” said Richards.

“That enabled us to refurbish the showers and paint our change rooms, including lining under the roof.

This was the first time that the change rooms had been renovated in over 40 years, creating a more welcoming environment at the place that EWK have called home since the 1950s.

Now, the club can lay claim to some of the finest facilities in the area, but they aren’t planning on slowing down anytime soon, already arranging the installment of a new watering system and scoreboard.

“It’s been a boost in morale for our members but also the feedback we’ve got from opposing teams and the umpires has been really pleasing, they’ve been very appreciative of what we’ve done,” said Richards.

“Our next priority is to install a new watering system for the ground which we desperately need to improve the ground’s surface.

“We’re about to have a new scoreboard constructed with the assistance of our club charity DefenceCare.”

One of the key drivers behind the recent developments at East Wagga has been Ken Reynolds, who has been with the club since he moved to Wagga Wagga in 1975.

Reynolds began his tenure as secretary in 1976, and also held the post of president for a handful of years in the early 1990s, constantly devoting his time and money towards making the club as successful as it could be.

Reynolds said a special family connection has kept him at the club for close to 40 years, helping out in any way he can.

“I’ve got a great attachment with the club,” said Reynolds.

“My oldest son played First Grade at East Wagga at 16 years of age and it was probably the one thing we did together for the first time as a unit, both being at the club.

“He was then in a road accident so I kept up coming to the club, representing us both in a way.

“It was good for me, the club people were just marvellous so it’s that sort of bond, that’s nearly 30 years ago now but it still sits in my psyche that the club was so good to us over that time that I’d just like to stick around.”

During his time at the club, the East Wagga icon started a business that now operates all over the world and has more than 400 employees, but an undying love for the club has meant that walking away to focus solely on his commercial interests was never an option.

“I think the football club has been terrific, you get to mix with different people and the pressures are different and the interests are different so it’s been good for me,” said Reynolds.

“It’s just something I love doing…it’s a labour of love.

“I could be sitting in a big chair somewhere doing something else but I really don’t want to, I just enjoy helping out.”

Rob Richards said East-Wagga Kooringal wouldn’t be the club it is today without Reynolds at the helm.

“He’s the heart and soul of the club.

“His passion for the club is a great example for other members to follow.

“Without Ken Reynolds, we would have struggled to survive, without the work and funding that he’s put into the place.

“His passion for the place is amazing, there’s not many Ken Reynolds in the world I’ll tell you.”

Reynolds is confident that with the new facilities in place and the young talent coming through, East-Wagga Kooringal will be a force to be reckoned with in the years to come.

“Lots of good things are happening around our club at the moment, it’s just a good place to be at right now.

“The junior club’s getting stronger every year, so East Wagga will come again, we’re on the way.” 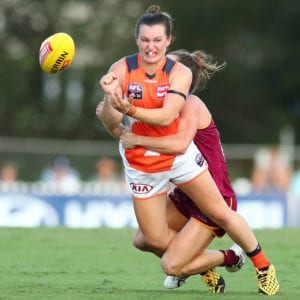 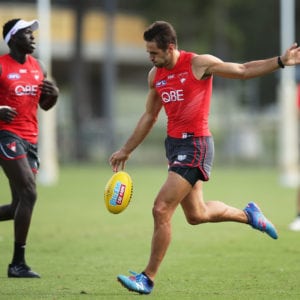 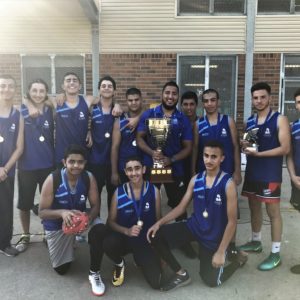 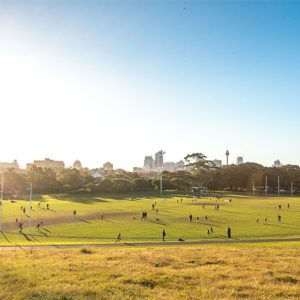