Green and Delahunty to fly the flag on MCG 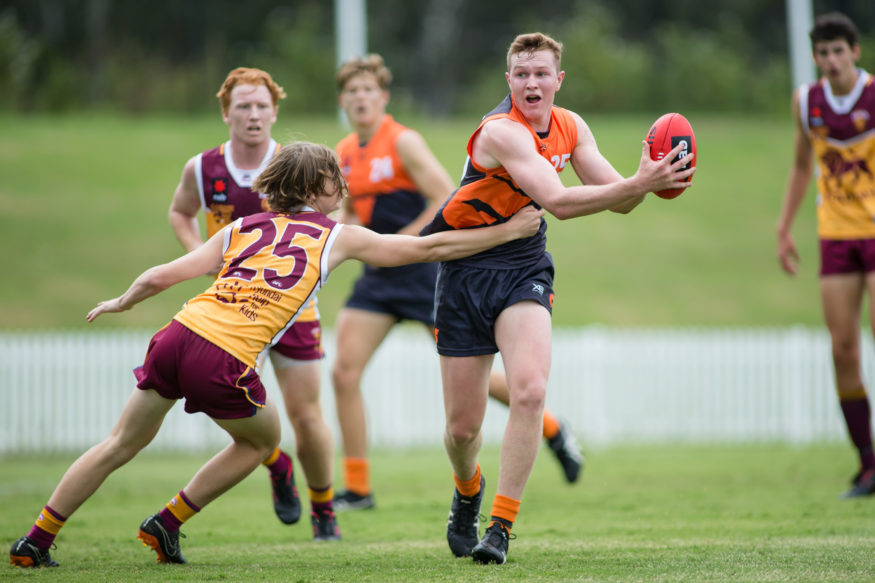 GIANTS Academy pairing, Liam Delahunty (Coolamon) and Tom Green (Canberra) will play in the NAB AFL Australian Under-18 team to take on the VFL’s Casey Demons in the annual AFL Commission Chairman’s Cup this Saturday, April 20 at the MCG.

The match will be broadcast live on FOX FOOTY from 11:00am AEST with first bounce at 11:05am AEST. Fans can also watch the game live via the AFL App.

AFL Talent Ambassador Kevin Sheehan said, “The match between the NAB AFL Australian Under-18 team and Casey Demons will give recruiters the first chance to see the best young prospects in the country against AFL listed opponents. It is one of the earliest indicators of the level of talent for the 2019 NAB AFL Draft.”

AFL Head of Talent Tristan Salter said the new approach to the NAB National Academy, which is focused on greater access to AFL facilities, the best quality coaching and improved wellbeing services would help the country’s best young talent prepare for the upcoming match.

“I am excited to be able to see some of the country’s best young talent take on the Casey Demons having watched their development closely over the last 12 months,’ Mr Salter said.

“Saturday’s match is a fantastic opportunity for the most talented NAB National Academy members to represent Australia and play on the biggest stage, the MCG.”