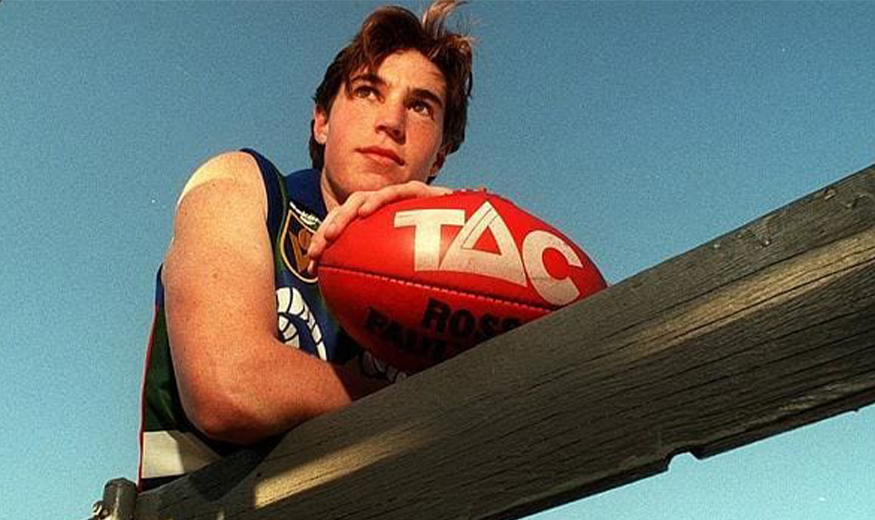 Image courtesy of the Daily Telegraph.

SOME of the game’s biggest names will be honoured on Thursday when the Greatest New South Wales Team of All Time is announced at a gala function in Sydney.

AFL.com.au‘s Sydney reporter Adam Curley spoke to one of those in with a massive chance to make the team, St Kilda Hall of Famer and Greater Western Sydney assistant coach Lenny Hayes.

GROWING up in Sydney, Lenny Hayes was an outsider as a regular at Swans home games when it was still considered uncool to head to the SCG for anything other than the New Year’s Test match.

But with a footy-mad father from Victoria, he was always destined to tuck a Sherrin under his arm, when that type of oval ball was a rarity in rugby league heartland.

A junior star with the Pennant Hills Demons in north-western Sydney, he transitioned easily to representative level with NSW, and later with the NSW/ACT Rams in the TAC Cup, where he won the Morrish Medal in 1998.

Hayes went on to play 297 games for St Kilda, was a three-time club champion and triple All Australian, and also won the Norm Smith Medal in the Saints’ drawn Grand Final with Collingwood in 2010.

He also built a reputation as one of the competition’s toughest players.

Hayes has always been immensely proud of his state and that competitive nature came in handy while playing for NSW – then considered a lowly non-footy state – as a teenager against traditional powerhouses Victoria, Western Australian and South Australia.

“There’s no doubt when I was playing underage footy there was something pretty special about representing NSW and playing against those states,” Hayes said.

“I reckon for a long time there was a school of thought that the game wasn’t that big in NSW, and I felt that if they (recruiters or All Australian selectors) had to choose between a Victorian or NSW kid, even if they were equally as talented, they’d overlook the NSW kid.

“I almost played with a bit of a chip on my shoulder because of that.

“I always wore it as a badge of honour in terms of wanting to take it right up to those states like Victoria and Western Australia and South Australia.

“We used to speak about it amongst ourselves at underage level.”

The death of traditional State of Origin footy in the late 1990s meant that Hayes never got the opportunity to wear the pale blue jumper of NSW at senior level, something he would have cherished.

He said if he is lucky enough to get a spot in the Greatest NSW Team of All Time this week, it would be a special honour.

“Paul Kelly was my idol when I was growing up so if I was named in the team alongside him that would be pretty big for me,” he said.

“You never set out to achieve those sorts of things, but it would be something I’d look back on with plenty of pride.

“Those guys that came before me like Kelly and John Longmire and some of those really famous names, they paved the way in those State of Origin games.

“I remember watching those games when I was really young.”

Hayes plays a big part in the Giants’ premiership push these days as the club’s midfield coach, and still pinches himself that there’s not only a second AFL side in Sydney, but one based in western Sydney.

“If you told me when I was a kid that I’d be working at an AFL club that is based 15 minutes from where I grew up, I would have laughed,” he said.

“I’m pretty proud of that and that’s one of the reasons I came back to Sydney to be involved in footy.” 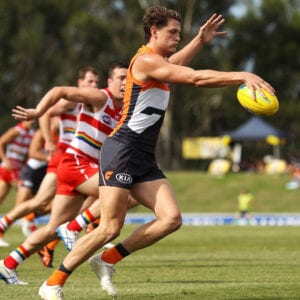 Sydney Swans vs GIANTS Practice Match to be Live Streamed 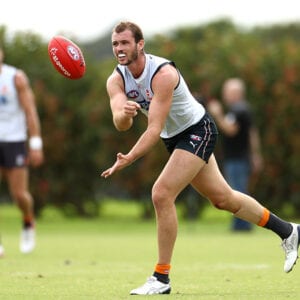 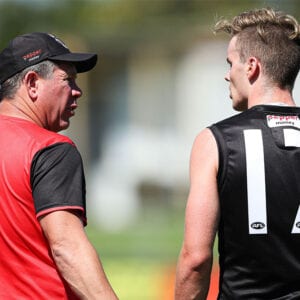 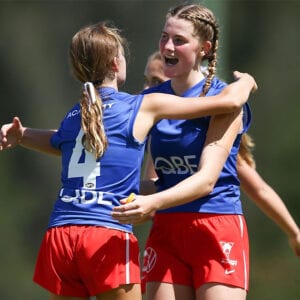