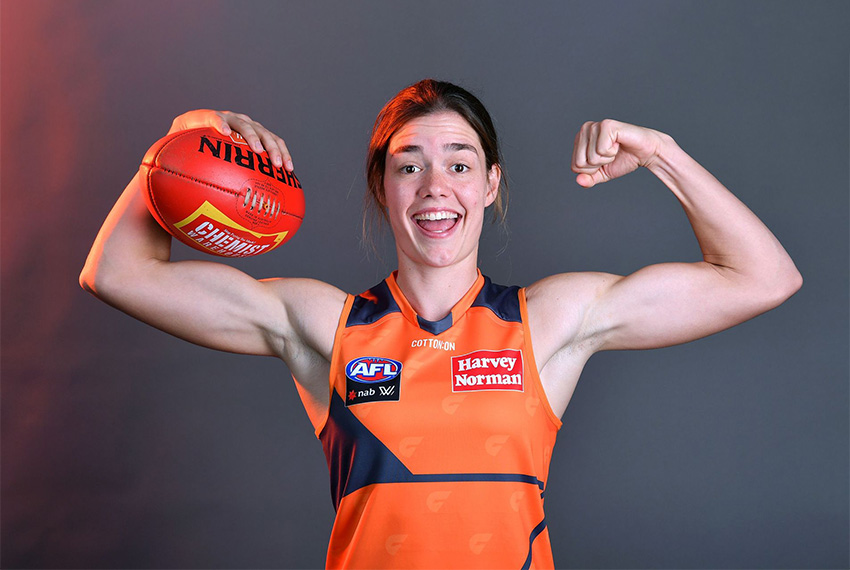 Defender Libby Graham will play her first AFLW game at Manuka Oval on Saturday as she becomes the club’s fifth debutant for the season.

Graham is one of three changes for the GIANTS’ crucial clash against the Brisbane Lions on Saturday afternoon.

A long-term soccer player, Graham is a rebounding defender and started her AFLW journey with North Shore, before a stint with Macquarie Uni and now finds herself at home with the Manly Warringah Wolves in the AFL Sydney Women’s competition.

She chose to give Aussie Rules a go after watching the inaugural AFLW season on TV in 2017.

After being a train-on player with the team in 2020, the now 23-year-old was drafted by the GIANTS at pick 42 in last year’s draft.

Graham comes into the side alongside close friend and fellow Wolves defender Lisa Steane and tall forward Aimee Schmidt.

Louise Stephenson, Rebecca Privitelli and Tarni Evans have been omitted.

The GIANTS face the Lions in a big big homecoming in Canberra on Saturday. Tickets are available via Ticketek.