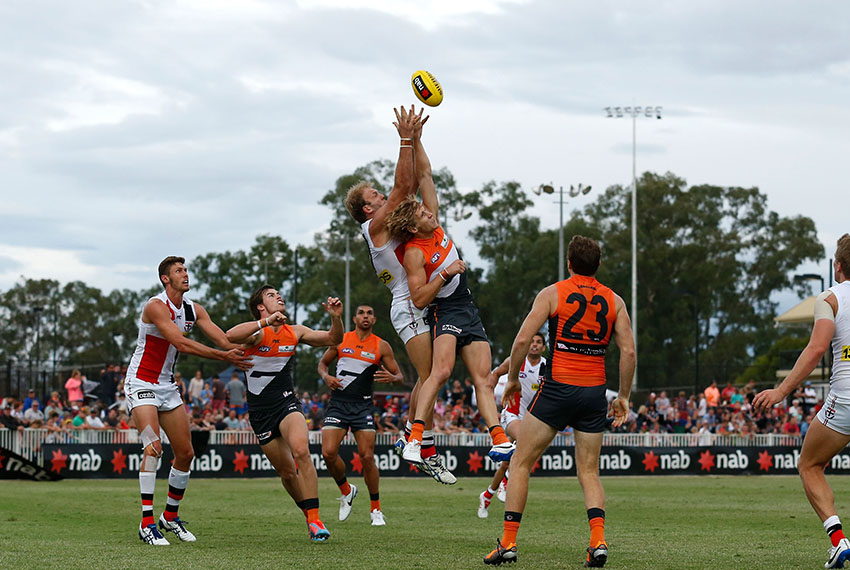 The GIANTS Festival of Footy hits Wagga Wagga this March with the GIANTS’ AFLW and AFL stars to take on Richmond across one weekend at Robertson Oval.

The Festival begins with the GIANTS taking on the Tigers in round five of the NAB AFL Women’s competition on Saturday, March 7 at 5:10pm.

With entry free for fans of all ages, this is a great chance for footy fanatics to get their fix.

The Harvey Norman Hill will be making its Riverina debut for the AFLW game, while young fans will be able to explore the GIANTS Recruits Fan Zone before and during the game, while Macca’s Kick 2 Kick will allow fans of all ages to pretend to be their AFLW or AFL heroes after the final siren.

The Festival then continues the following day when the GIANTS take on the reigning Premiers Richmond in a Grand Final re-match in a Marsh Community Series match from 12:40pm.

With tickets starting at just $20 for adults and children up to the age of 14 allowed in for free, the day is perfect for the whole family to enjoy.

There will be stacks of giveaways across both days of the GIANTS Footy Festival, while the GIANTS Recruits Zone and Macca’s Kick 2 Kick will be back again for the Marsh Community Series Match.

lGreen to debut as GIANTS, Swans name strong squads for Marsh Series opener
Once Upon a Time in Wagga Waggar