Fuller full up with community spirit 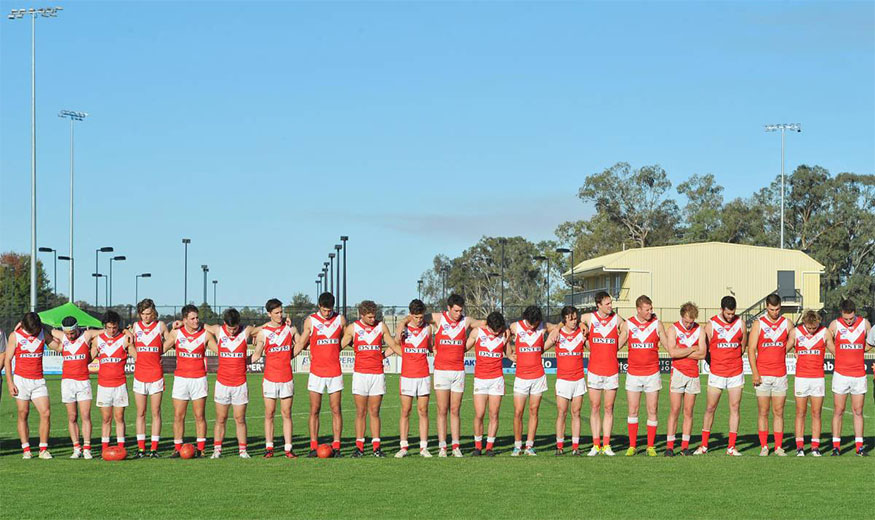 Terry Fuller has been announced as a finalist for the Distinguished Long Service Award as part of the 2017 NSW Community Sports Awards. Awarded by Sport NSW, the accolade recognises outstanding achievements made in community sport.

Fuller has been serving the Collingullie footballing community for almost 30 years and has shown great leadership skills throughout his time.

For years, he has been known as the one who ‘gets things done’ at the Collingullie Football Club.

Both of Terry’s sons, Nathan and Dane have strong connections to the club – playing almost 1000 games between them – but Nathan says his father is the real club man.

“In fact, last year when he went overseas for a 6-week period, it took upwards of ten people working off a list of about three pages long, to do all of his weekly jobs.”

Decades on, Fuller was still actively involved on the Club Committee in 2016, while his five grandchildren played for the Collingullie-Glenfield Park Juniors.

Fuller began his association with Collingullie Ashmont Football Club at a senior level in 1996, when his son played in the Under 18s team. He not only held executive roles there, but also assisted with other tasks such as organising working bees, assisting on the gate during home games, and helping out in the canteen.

“They were often the first to arrive at home games and among the last to leave.

“Today, he still remains active within both senior and junior clubs as a volunteer and enthusiastic spectator, watching his daughter umpire, and his sons and grandsons playing football.”

Fuller has also been a key mentor to many new volunteers over the years and has enthusiastically shared his invaluable skills and knowledge with many people.

The NSW Community Sports Awards will be presented on Thursday, 29 June at NSW Parliament House.

If you know of a wonderful volunteer at in your local Club or League, why not nominate them in the 2017 AFL NSW/ACT Volunteer of the Year Recognition Program.