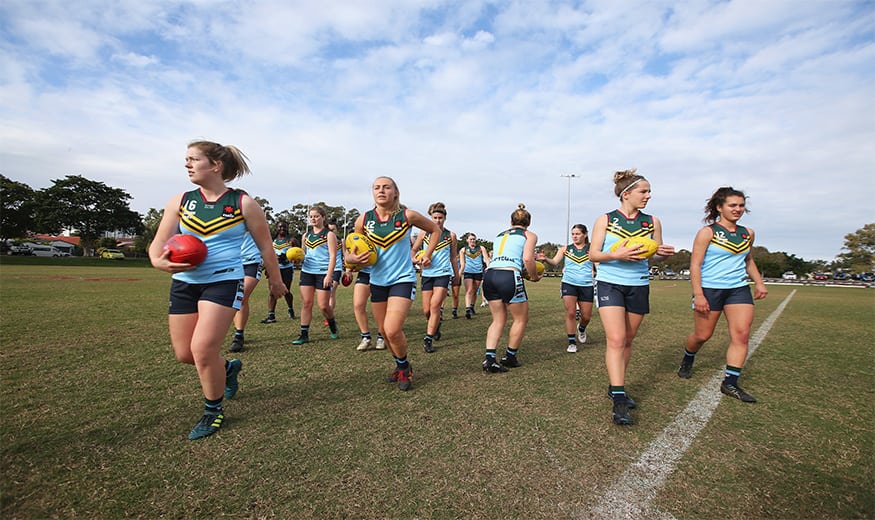 The final team for the last match of the 2018 NAB AFLW Under-18s Championships has been announced.

Taking on tournament hosts Queensland on Friday, there has been just one change to the team.

Tasmania’s Tahlia Boritgnon will come back into the side, while Western Sydney’s Angela Priftis will miss the game.

Queensland will come into the match on a high after recording their first ever victory over Vic Metro on Wednesday.

Eastern Allies Head Coach, Alicia Eva says that the team are looking forward to their final challenge of the Championships.

“The game against Queensland will be a good opportunity to build on the areas we need to improve on – we’re really looking forward to it already.”