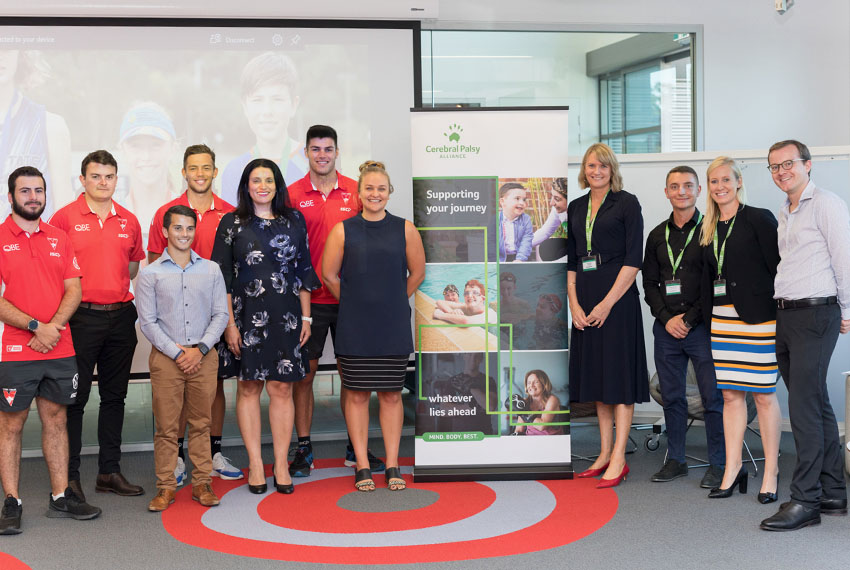 Representatives from both organisations along with Sydney Swans players Oliver Florent and Lewis Melican were joined by a number of local children involved with CPA for the partnership launch earlier this week.

This new partnership has developed from the growth of the AFL’s Kickability program and will enable both AFL NSW/ACT and CPA to share learnings, resources and knowledge to enable all children to participate in sport.

AFL NSW/ACT State Manager for Diversity and Inclusion Natalie Baini said she was thrilled to work with CPA going forward.

“AFL is a game for everyone and as an organisation we pride ourselves on being an inclusive and accessible sport for all participants, volunteers and fans.” Baini said.

“This partnership with CPA will enable more children to be involved in our game and live an active and healthy lifestyle.”

“We see this partnership as a wonderful opportunity to showcase AFL as a sport for everyone and hope it will encourage more children with cerebral palsy and other disabilities to give footy a try.” Jacka said.

Sydney Swans player Oliver Florent said he and teammate Lewis Melican took a lot from the afternoon with CPA.

“Lewis and I were lucky enough to tour the facility at CPA and gain a better insight into what cerebral palsy is and the affect it has on people.” Florent said.

“It was great to have a kick with the kids, teach them a thing or two about footy and put a smile on their faces.