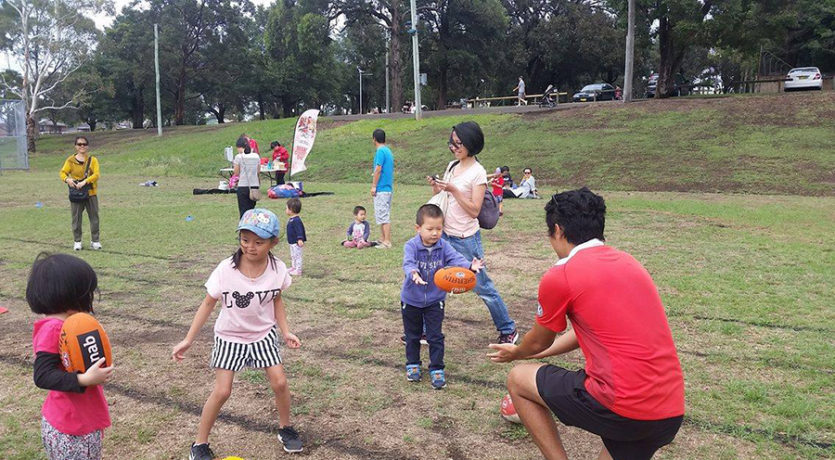 To celebrate Chinese New Year and the Year of the Rooster, families from the Hurstville Lunar New Year Festival were invited to take part in an exclusive free AFL event at Olds Park in Penshurst on Sunday, 26 February 2016.

Despite inclement weather, the local event was well attended by members of the Chinese community. There were many young people involved in the modified AFL games, learning the fundamentals of the game, including how to handball and kick.

“It was fantastic and really exciting to see both the parents and kids engaged at the event, and it is a great point to build on in nurturing our relationship with the Chinese community,” AFL NSW/ACT South Development Program Leader Alexander Dawes said.

The AFL NSW/ACT Multicultural Department is focused on the engagement of new and emerging communities to Aussie Rules. As a code, AFL NSW/ACT aim to involve as many young people as possible in keeping fit while playing Australia’s most iconic game, and ultimately becoming fans.

“Let’s connect all people of Australia to Australia’s most loved game. We want people joining our AFL community, and feeling connected to our sport.”

Happy Chinese New Year to all of our AFL fans and players!