…and (some of) the winners are… 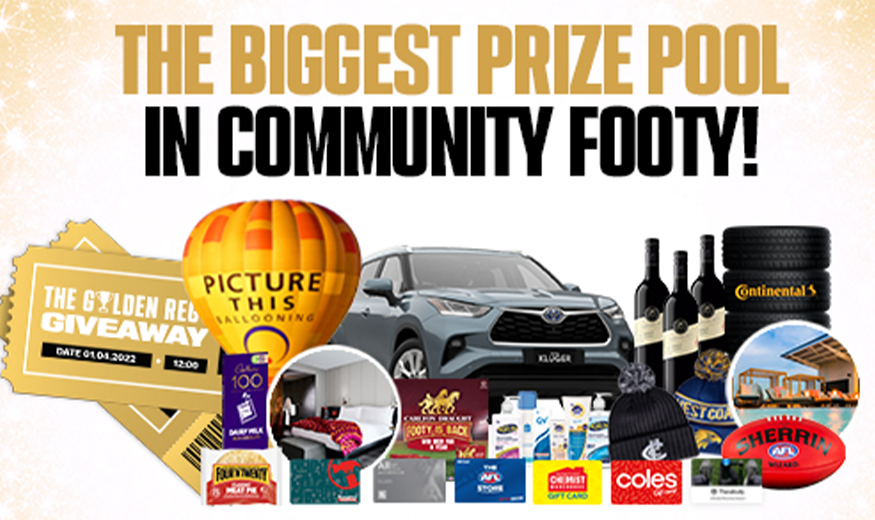 The AFL’s Golden Rego competition has been run and won, with 1,100 lucky prize winners across the country announced last month.

As part of the AFL’s $50 million investment to support community football, the AFL launched the Golden Rego Giveaway to encourage all Australians to get involved in the game, with the total prize pool worth more than $370,000.

Anyone who registered to be part of a community football club or NAB AFL Auskick in season 2022 were automatically in the running.

The following are some of the luckiest footballers in ACT and NSW (all winners can be found here). “Being around some of the best people in footy week in week out, getting amongst the community, cracking in with the boys every weekend, and cracking a cold one afterwards.”

What she’s looking forward to about footy in 2022:

“Being in and around footy, meeting new people and of course playing footy.”

“Being able to get back out and play a bit more football, also defend our 2019 premiership, currently we are still reigning premiers.

“We have a new coach this year, former AFL Swans and Saints player and Giants assistant coach, Adam Schnieder. We have a lot of young players I’m looking forward to watch playing senior football this year.

“A lot of our younger players have come through our juniors and U18’s, which I’ve been team manager and assistant coach of for many years”

What she’s looking forward to about footy in 2022:

“2022 season is my first season playing AFL but I’ve grown up watching it, so I’m super excited to finally get on the field and be a part of it! Super keen to keep learning and having fun!”

“After the last two years, just looking forward to getting back out onto the park and playing some footy, hopefully get a few wins on the board with the boys, and a beer or two after the game.”

The following two clubs were drawn as $5,000 winners in the Golden Rego competition thanks to BHP, TAC, Telstra and AFL.

The money will go towards our new electronic scoreboard.

What are you most looking forward to in 2022?

We are most looking forward to the integration of both our junior and senior clubs being now one club.

The excitement around the club is at an all time high, and that has shown on the field with our men’s side winning their first two games and all our junior sides winning in round one.

There is also the excitement around our clubs new heritage guernsey which all teams will be wearing this season. So vibe in and around our club is fantastic.