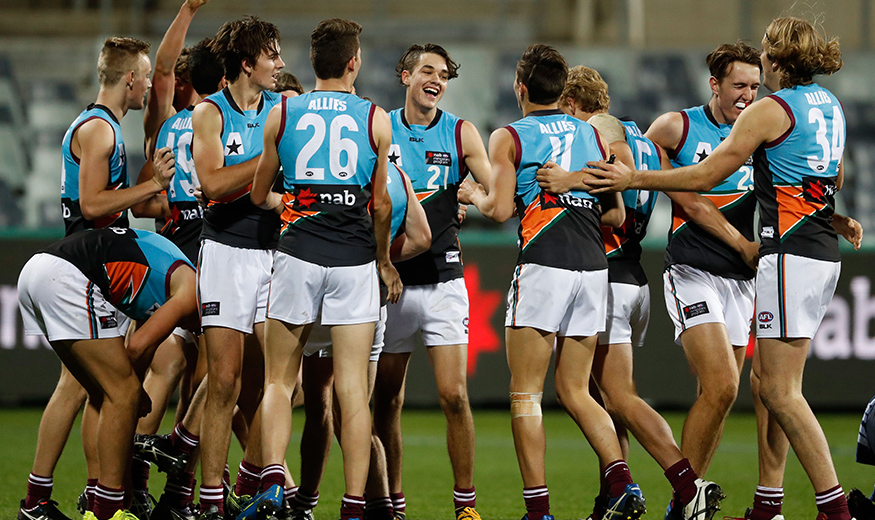 This weekend will see Blacktown International Sportspark host a bevy of matches as the Under 16s, Under 17s and Under 18s Championships get underway. In a late location move, the Sydney Swans will also host the GWS GIANTS at Blacktown in the NEAFL.

The first game on Sunday morning will see  NSW/ACT Rams take on Tasmania in the Under 17 Futures.

The NSW/ACT side is filled with young talent, all emerging from Sydney Swans and the GWS GIANTS Academies.

Look out for the 199cm tall, Ben Kelly from the GIANTS who will look to impose with his physical frame. Dominic Soffe of the Sydney Swans Academy will also be one to watch during this match.

The headline game for the weekend sees the Allies take on Vic Country in Round 1 of the NAB AFL U18 Championships.

The Allies team features 11 players from the Sydney Swans and GWS GIANTS’ Academies. The GIANTS lead the way with seven selections, while the Swans have four players in the team.

The Allies are coming off the back of a practice match loss to Vic Country, and will be looking to rectify this result at home.

James Bell (Swans) and Nathan Richards (GIANTS) both impressed in the warm-up games. Bell kicked two-goals in a dominant performance across the half-forward line, and Richards had an important presence in the ruck with his 200cm tall figure.

The last featured game for the weekend sees the NSW/ACT Rams side take on Queensland in the NAB AFL U16 Championships.

The team went into camp in Albury this week having played a number of Academy games against one another in the NAB AFL Under 16 Academy Series.

Some of the names to look out for this weekend are Sydney Swans Academy members, Nicholas Brewer, Joshua Rayner and Jackson Barling. Liam Delahunty from the GWS GIANTS also impressed and will want to bring his good form into the National Championships.