Pound named in final All-Australian side at AFLW Awards 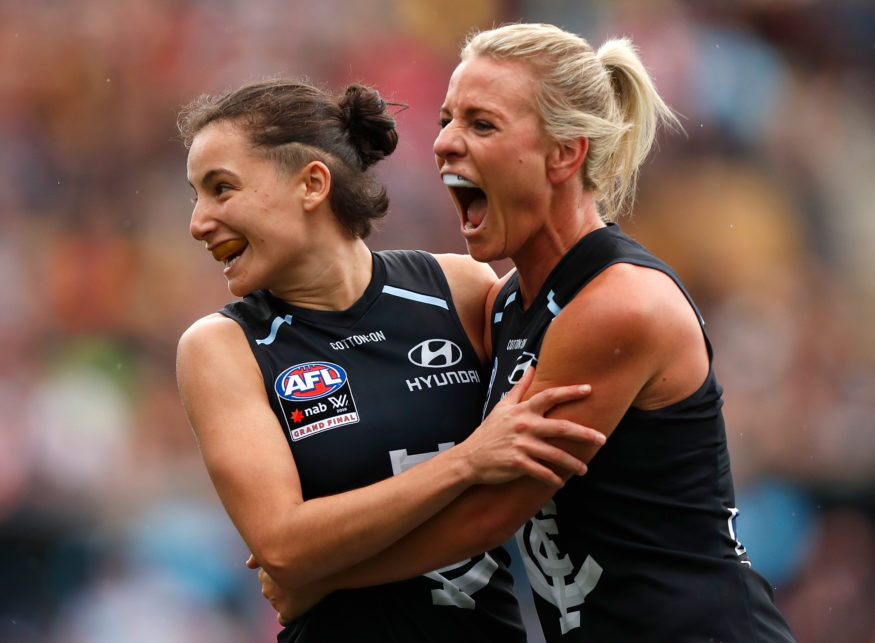 Claiming her second AFLW Best and Fairest Medal in three years, Phillips was unable to be caught, sealing the prize with two rounds of football still to be counted. Remarkably, Phillips tallied 19 votes out of a possible 21 for the year.

Capping off what has been a stellar year for Phillips, the Crows Co-Captain was also named the 2019 Virgin Australia AFL Women’s All-Australian skipper. While named in the initial squad, Canberra’s Elise O’Dea, Sydney’s Rebecca Beeson and Holbrook’s Alyce Parker missed out on the final side in what was a competitive field.

Joining Phillips in the final All-Australian line up was Albury’s Gabriella Pound who was named on the interchange bench following a breakout year with Grand Finalists, Carlton.

Alyce Parker featured across the night, named runner-up in the 2019 NAB Rising Star Award to Carlton’s Madison Prespakis. Parker collected 39 votes to Prespakis’ 49 across the year with the two young-guns the clear standouts from the group. Third place in the Rising Star race was Geelong’s Olivia Purcell who received 20 votes.

Cora Staunton was the leading GWS GIANTS player in the main medal count, finishing at equal eighth for the night on six votes. Western Sydney’s Haneen Zreika also received her first W Awards vote for her performance against Geelong in the GIANTS’ final match of the year in Canberra.

Other winners across the night include Carlton’s Tayla Harris who took home the ‘Mark of the Year’ Award for the second year in a row and Ashley Sharp from Fremantle who won the ‘Goal of the Year’ Award. Adelaide’s Stevie-Lee Thompson was also recognised as the Leading Goalkicker for 2019 after slotting 13 goals across the year.