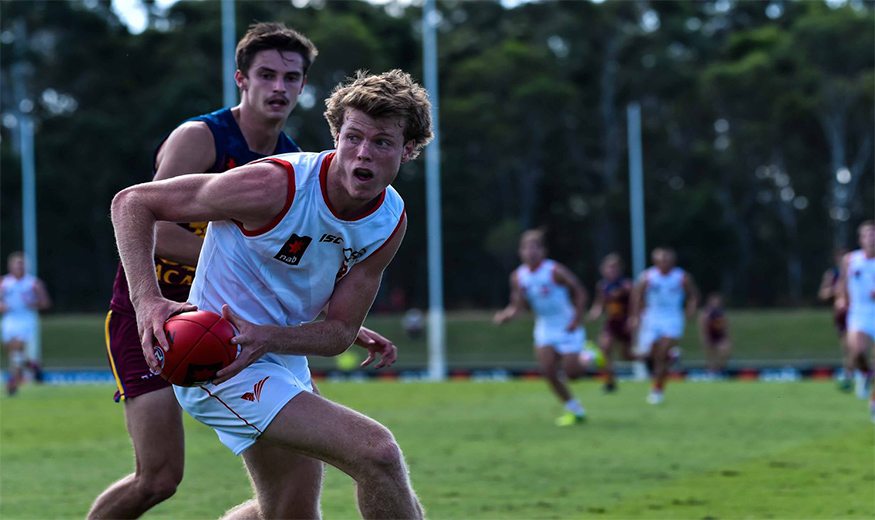 Round 2 of the 2018 NAB AFL Academy Series takes place this weekend with the GIANTS Academy and Sydney Swans Academy facing off in an Academies Sydney Derby.

Both Academies are coming off a win in Round One. The Sydney Swans took care of the Brisbane Lions Academy last week by 49 points, while the GIANTS Academy defeated the Northern Territory by 48 points. With similar winning margins in Round One, it will be interesting to see where each Academy side sits when they come up against one another.

The match will take place at 1pm on Saturday, April 21, 2018 at Blacktown International Sportspark.

Another Sydney Derby will take place int he Under 16s following the Under 18s, with the GIANTS Academy again facing the Sydney Swans Academy.

This match will also take place in Blacktown on Oval No. 2 this Saturday from 3.30pm.