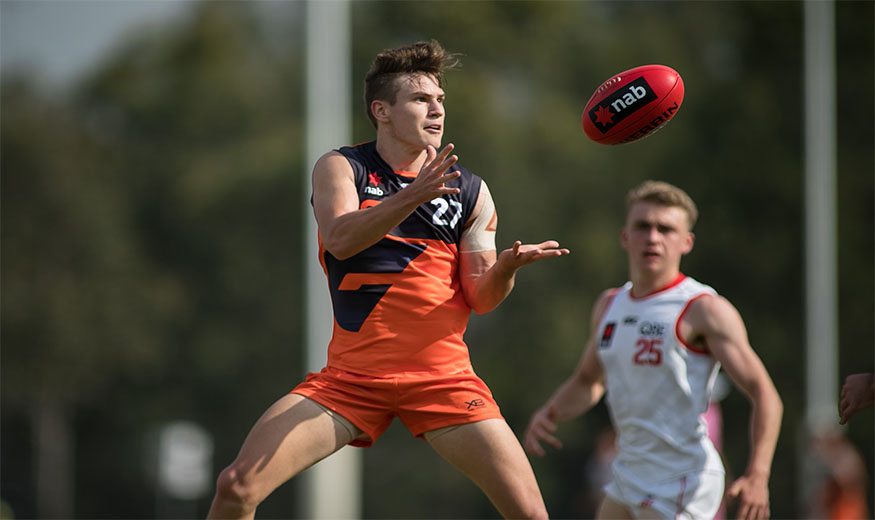 The first away-leg of the 2018 NAB AFL Academy Series for both the Sydney Swans and GIANTS Academies plays out this weekend.

The GIANTS have flown to Queensland where they will take on the Gold Coast Suns Academy, tomorrow at 1pm.

Liam Delahunty has been named to play for the GIANTS after returning from New Zealand where he represented the NAB AFL Academy against the NZ Hawks in an ANZAC Day commemoration match on Tuesday.

Cameron Edwards has been named too, despite leaving the field with a shoulder injury in Round 2, however NAB AFL Academy member, Matthew Walker has not made the trip to Broadbeach.

The visitors will have to quell possession-getters, Cooper Portelli and Bailey Scott from the Suns if they are to return to Sydney with a win, but with both sides coming off losses of less than four goals, each team will be eager to prove a point.

The Swans face the tough task of the Northern Territory in Alice Springs on Saturday at 5pm.

While the Swans are running on the momentum of two wins from two starts, the unfamiliar conditions of the Alice could prove difficult to overcome.

The Swans will also be without Round 2 seven-goal gun, Nick Blakey who is being rested for Round 3, but expected to return when the Swans take on Tasmania.