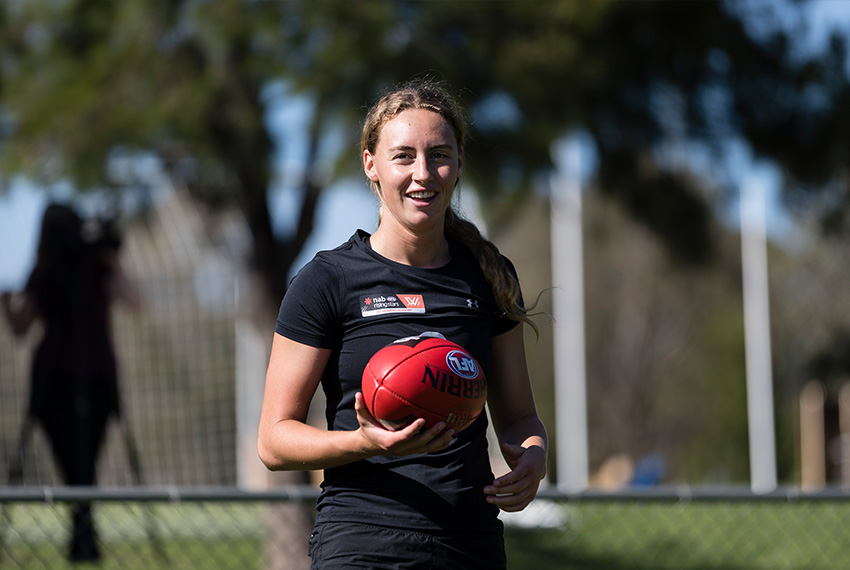 Five of AFL NSW/ACT’s most promising young female footballers have been named in the 2020 NAB AFL Women’s Academy squads.

They will each receive a NAB AFL Women’s Academy scholarship that provides high performance camps and personal development opportunities over a 12-month period.

AFL NSW/ACT Female Talent Manager, Ash Moeller says he is pleased to see an increase of AFL NSW/ACT representation in the Academy, going from three members to five in 2020.

“We are very pleased to have five girls selected in the AFLW Academy’s 2020 intake and it further highlights the great progress we are making in the talent space,” Moeller said.

“Tarni, Jayde, Abby, Emily and Ally are all deserving of their place in the Academy following very strong years in their respective competitions.

“Whilst the Academy plays host to the most talented U18 girls across the country it has an even balance of playing types with the aim to assist girls on and off the field in 2020 in conjunction with their state representation.

“The news follows a great result in the 2019 NAB AFLW draft in which 18 NSW/ACT based girls were taken in the draft with 5 having been through the pathway in the past two years.

“As a state through the community leagues, talent pathways and coaching it is pleasing to see the progress and rewards such as the draft results and academy representation.”

The NAB AFLW Academy is part of the NAB AFLW Rising Stars Program, which supports grassroots players and football communities and helps young Australians fulfil their dream of playing in the AFL & AFLW.