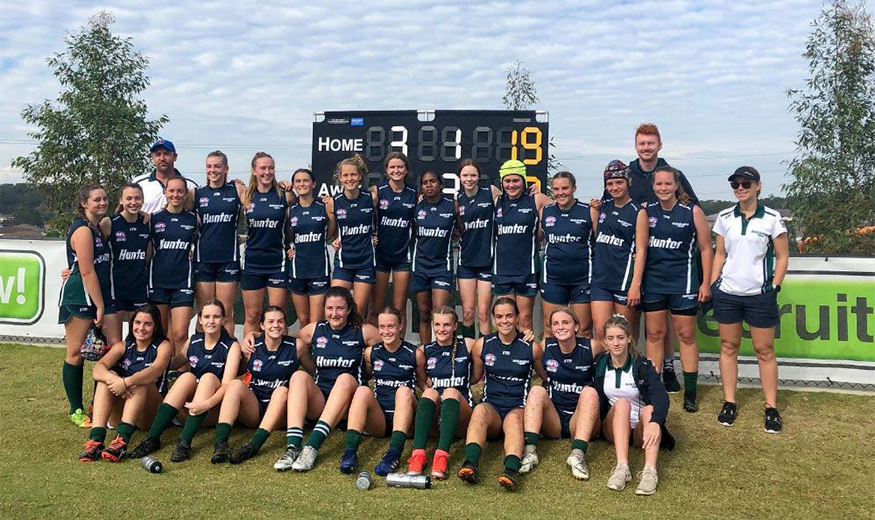 Image courtesy of the Hunter Academy of Sport

The Regional Academy of Sports Under-16 Female Academy games were played over the weekend with over one hundred young female players from around the region taking part.

Held at Pasterfields Sports Complex in Lake Macquarie, the aim of the carnival was to assess the girls who have been a part of the regional AFL academies and their progress. Another aim was to select the 2019 Under-16 AFL NSW/ACT Rams squad for the upcoming state program.

RESULTS: YOU CAN SEE THE RAS GAMES RESULTS HERE

The Rams will this year take part in a two-game Academy Series on Saturday, May 25 and Sunday, June 2. Here the squad will be split into Sydney Swans and GWS GIANTS teams, and play against each other.

From this internal series, the final Under-16 AFL NSW/ACT Rams side will be selected to play Vic Metro in Albury on the June Long Weekend.

“The localised academy model is providing development for a larger group of girls than ever before,” says Moeller.

“The academy programs are providing a high focus on the key fundamentals of the game and we look forward to seeing the skill level increase across the board.”

The Under-16 AFL NSW/ACT Rams Youth Girls squad will be announced in the coming weeks.