AFL FIXTURE RELEASED: all the key Swans and GIANTS matches 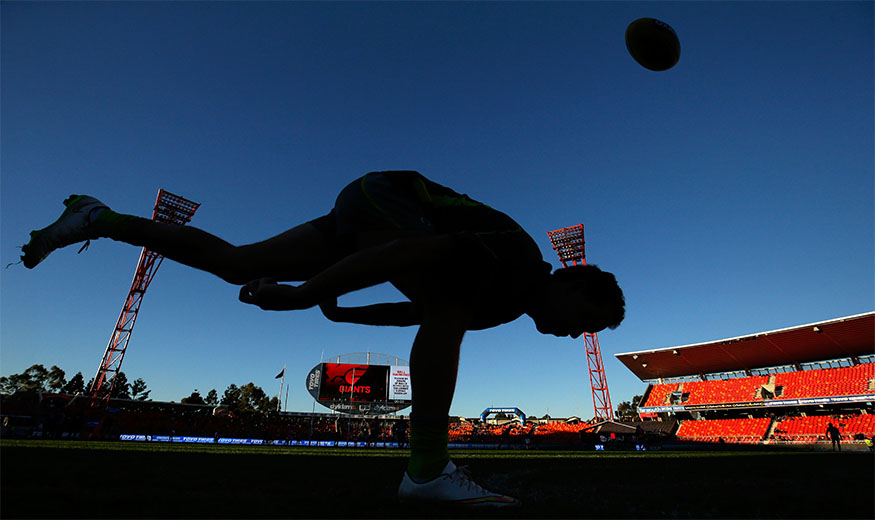 The AFL today released the fixture for the 2019 Toyota AFL Premiership Season.

Mr Auld said the fixture was constructed with the primary aim of enabling fans to access the game in strong numbers, ensuring that all clubs received as balanced a fixture as possible via the weighted match-up rule and continuing to build the AFL game as the number one code in this country.

“The industry is coming off the back of a record-breaking season in attendance, membership and participation. We acknowledge the role the fixture plays in growing the game across all states, territories and communities.

“Over seven million fans attended a game across the 2018 Toyota Premiership season and Finals Series. The support of our fans and the great work of our clubs and players is why our game continues to grow.”

SEE THE FULL FIXTURE HERE: Every round, every game

The Sydney Swans and GWS GIANTS will take part in one Thursday night match each. In Round 4, the Swans will come up against Melbourne at the SCG on April 11 at 7.20pm, while in Round 15 the GIANTS will take on Essendon at Marvel Stadium on June 27 at 7.20pm. This match will be the first ever Thursday night match to be played under a roof at the venue.

All eight Thursday night matches will be broadcast live on Channel 7, FOX FOOTY and the AFL Live App thanks to Telstra.

The Thursday night schedule was assisted by the introduction of five-day breaks for the first time, delivering increased flexibility in scheduling affording the opportunity to deliver improved competitive match ups for fans.

“It was important to find the balance of Thursday night matches, taking into account the ability for families and regional fans in particular to attend games, days breaks for the teams and the right match ups at the right venues,” Mr Auld said.

The Swans will have five Friday Night Footy fixtures throughout the 2019 Toyota AFL Premiership season, while the GIANTS will host Hawthorn in Round 21 at UNSW Canberra Oval on August 9 as their only Friday night fixture.

The GWS GIANTS kick off their season with a home clash against Essendon, which provides former GIANT Dylan Shiel his first opportunity against his former side while wearing the red and black. The match will take place at Sydney Showground Stadium (formerly Spotless Stadium) on Sunday, March 24 at 3.20pm.

The Sydney Swans will host their first home game of 2019 in Round 2 against Adelaide at the SCG on Friday, March 29 at 7.50pm.

Round 6 and Round 20 – Sydney Derby XVII and XVIII

The first Sydney Derby (XVII) will take place in Round 6 with the Sydney Swans hosting their cross-town rivals on Saturday, April 27 at 7.25pm at the SCG.

The second Sydney Derby (XVIII) will head to Sydney Showground Stadium in Round 20 on Saturday, August 3 at 2.10pm.

North Melbourne will play their first of four home games at Blundstone Arena, hosting the Sydney Swans on Saturday, May 18 at 7.25pm.

The GIANTS will also travel to the Apple Isle on Sunday, June 16 at 3.20pm to also take on North Melbourne.

A two-week celebration of Aboriginal and Torres Strait Islander cultures and their contribution to football commences with the Sydney Swans hosting Collingwood in the Marn Grook game on Friday night at the SCG. Should everything go right for the Swans’ superstar, Lance Franklin could be due to play his 300th game at Marn Grook.

This will be the thirteenth year the AFL has celebrated Aboriginal and Torres Strait Islander communities through the vehicle of sport and the fourth time the Round has been celebrated since being renamed after Sir Doug Nicholls.

Round 21 – Friday Night Footy in Canberra

Friday night football returns to the nation’s capital as the GWS GIANTS face Hawthorn under lights at UNSW Canberra Oval on August 9 at 7.50pm.

The SCG will host the fourth annual PRIDE game, as the Sydney Swans host St Kilda. The date and time is currently unknown and will be released during the season. As in previous years, in 2019 the AFL has made the decision to release only the opponents and venues for matches in the final home and away round, rather than schedule official timeslots.

A total of 198 home and away matches of season 2019 will be played in venues throughout every state and territory, with matches outside the regular capital cities to be played in Ballarat (two), Darwin (one), Alice Springs (one), Hobart (four), Canberra (three), Launceston (four) and Townsville (one). For the third season in a row a match will be played in Shanghai, China.

Ticket information will be released on AFL.com.au.

Book your AFL getaway today with a package from AFL Travel. AFL Travel packages include flights, accommodation and premium match ticketing. Visit www.afltravel.com.au today to get on board.

lGIANTS set for Friday night blockbuster in Canberra
Registrations for the 2019 AFL season are now open!r