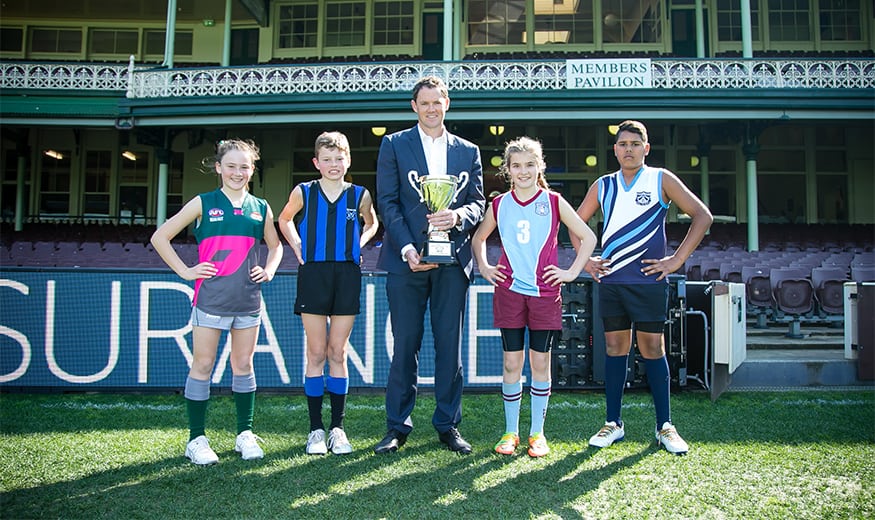 The Paul Kelly Cup is the largest primary school knock-out competition in Australia with over 15,000 girls and boys playing off across the region throughout the year, culminating at the State Finals on that one day in August.

This year, 19 schools from around the region will compete in the State Finals, with schools such as Yamba Public School travelling from as far as 672km north of Sydney and Deniliquin South Public School who will travel 709km to compete.

Following the rise of female AFL participation in the region since the beginning of the AFL Women’s competition, for the first time ever, there will be more girls teams competing in the State Finals than boys in 2018.

In 2018, the Paul Kelly Cup State Finalists will be lucky enough to have a visit from the Sydney Swans legend himself, Paul Kelly who was a product of the Southern New South Wales region, all those years ago. Kelly will share his experiences from his career with the kids, as they vie for the Cup named in his honour.

AFL NSW/ACT would like to thank Yuhu Group who have come on board as sponsors of this year’s event.