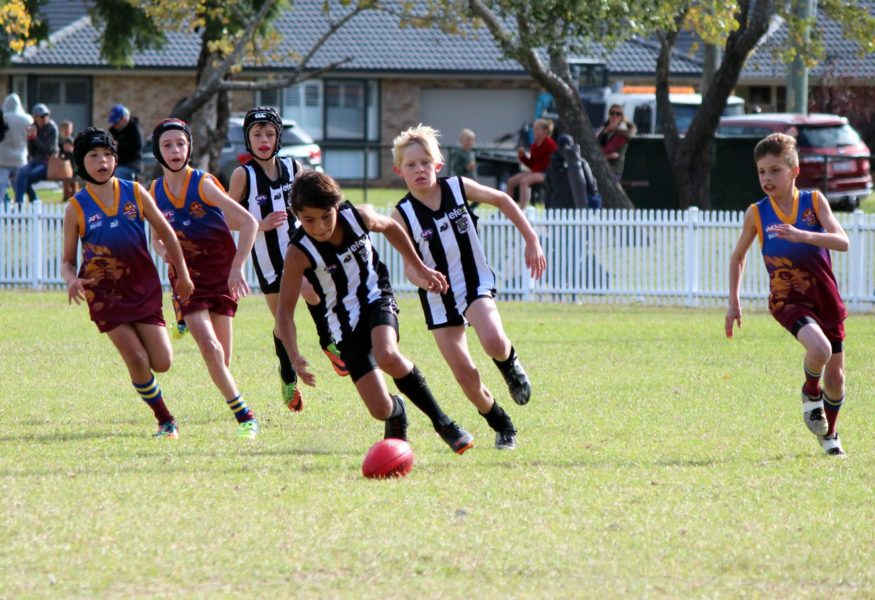 AFL NSW/ACT is pleased to have six finalists listed in the 2018 NSW Community Sports Awards as supported by Sport NSW.

The NSW Community Sports Awards are focused on community and grassroots sport, recognising the contributions largely carried out by a volunteer workforce. These awards provide State Sporting Organisations and State Sporting Organisations with a Disability an opportunity to recognise the efforts and achievements their dedicated volunteers deliver across New South Wales every day.

Stephen Blume of the Black Diamond AFL competition has been nominated for ‘Young Official of the Year’ after a successful young career. Blume is a member of the NEAFL Umpiring Academy and has umpired major competitions including the NAB AFL Academy Series, inaugural BDAFL and AFL Sydney Women’s Representative Match and the 2017 BDAFL Premier Division Cup Grand Final. Blume is also being recognised for actively mentoring umpires in the Hunter Juniors competition.

Oscar Gibbins from the Canada Bay Cannons will attend the awards as a finalist in the ‘Young Coach of the Year’ Award following a successful year coaching the Cannons’ Under 17s squad, while also encouraging the transition of players from the Junior to the Senior AFL Sydney competition.

Camden Cats’ Stuart Farnell has been named as a finalist in the ‘Community Sports Administrator of the Year’ Award, nominated for his work in driving the clubs activity with the Say No 2 Domestic Violence charity. Under the leadership of Farnell, the club raised $28,000 for the SayNo2DV cause in 2017 – a remarkable feat.

The Ingleburn Magpies Junior Football Club have been nominated for the ‘Community Club of the Year’ Award for their success and growth in recent years. Going from a club which was reduced to an Auskick Centre in 2011, to a club of 67 players in 2017 and hosting the 2017 AFL Sydney Juniors finals, the Magpies even have a consistent social media presence, showcasing club achievements and GWS GIANTS events. With a retention rate of 82% in the 2018 season, Ingleburn have certainly earned this finalist position.

The ‘Volunteer Director of the Year Award’ will include the Tamworth Kangaroos’ Danielle Abbott who was nominated after successfully engaging her local community within Tamworth, but also the community in the North West region to establish and grow a local women’s competition, which now has four teams.

Peter Hastings QC will also be acknowledged for ‘Distinguished Long Service’ after spending the past 24 years on the AFL NSW/ACT Appeals Board. Retiring from the Appeals Board in 2017, Hastings since taken on the Regulatory & Legal portfolio at Sydney University National Football Club.

Community Football Support Manager, Jacinta Houston says she is delighted to see so many AFL community members recognised for their dedication to the game.

“This is a fantastic result for our volunteers and a great way to recognise importance of their efforts and commitments in community clubs,” says Houston.

“I am particularly glad to see two nominees in the ‘Young’ categories, showing our game is in great hands as we grow across the region in the years to come.

“We respect our volunteers greatly, and acknowledge wholeheartedly that our sport would not survive without them.

The winners of the awards will be revealed at a special ceremony at New South Wales Parliament House on Thursday, June 21, 2018.

The presentation ceremony will be hosted by the Hon. Stuart Ayres MP, Minister for Sport. The Minister will also present the 23 recipients of the Sport NSW Distinguished Long Service Award with special recognition for their exceptional service to sport.