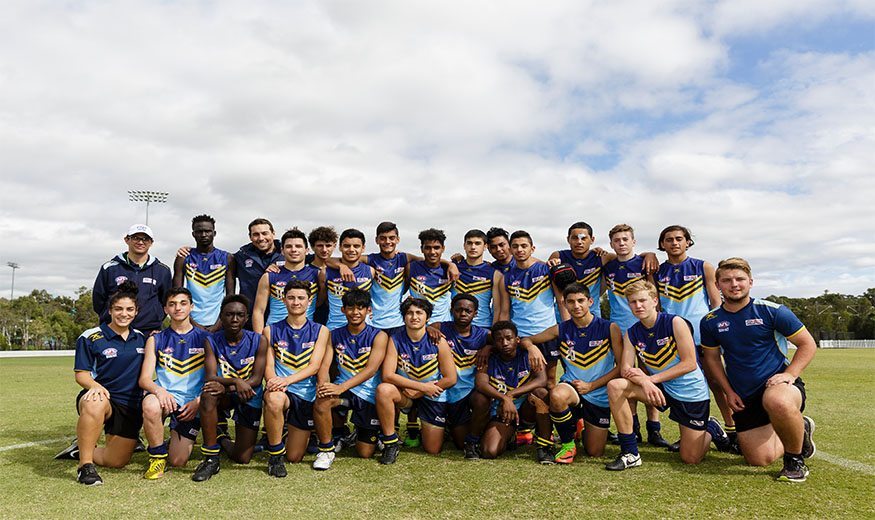 The AFL NSW/ACT Kickstart and All Nations squads for the 2018 AFL National Diversity Championships in April have been selected.

Over 300 players from all the Australian states and territories will attend the five day tournament being held at Blacktown International Sportspark between April 14-19.

The Kickstart team, made up of Aboriginal and Torres Strait Islander players aged 14 and 15, will be led by Coach, Gerrit Wanganeen of Canberra.

Kickstart players to keep an eye on throughout the Championships include QBE Sydney Swans Academy members, Hunter McAuliffe and Kynan Kilpatrick, as well as strong-bodied midfielder, Kai Watts.

The All Nations side, a team of players from 16 different multicultural backgrounds will be coached by AFL Multicultural Ambassador, Amandeep Singh from Canberra.

Players to look out for from the All Nations squad during the Championships include utility, Omar Matar, centre half-back, Tomas Sase and a natural leader in, Jamal Bednarz.