10 reasons to be excited for the Phelan 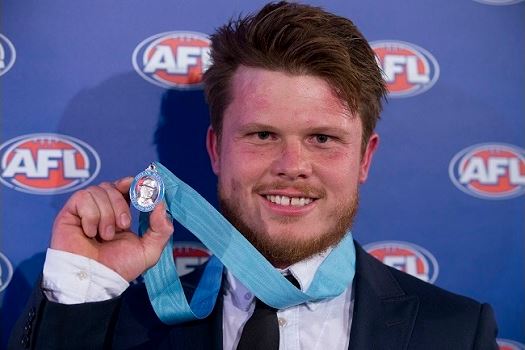 Ahead of Monday’s Phelan Medal Gala we’ve come up with ten reasons to be excited for the big night.

1. Comedian Cam Knight will be the evening’s Master of Ceremonies. Knight is sure to keep the crowd entertained throughout the formalities.

2. The winner of the 2015 Goal of the Year will be crowned. Can anything beat Lael Kassem’s awesome effort?

4.  The highly anticipated Mark of the Year will be announced. This huge Kelvin Barnes effort took out the prize last year.

5. Who will take out the inaugural Sam Mostyn Medal? The Sydney AFL Women’s Division One Best and Fairest has been renamed in honour of the first female AFL commissioner. Below is the midfield from the AFL Sydney Women’s Team of the Year. Will the winner come from this bunch?

6. GWS GIANTS skipper Phil Davis will be present in his role as a White Ribbon ambassador. White Ribbon, an amazing organisation dedicated to stopping violence against women, is an official Phelan Medal partner.

7. The Representative Player of the Year will receive the Howarth Trophy. Who will take out the prize? Watch AFL Sydney take on AFL Canberra below and decide for yourself.

8. The stunning Doltone House at Pyrmont’s Darling Island will host the night. A venue certainly befitting of the occasion. 9. The soulful Cat Vas will provide entertainment on the night. Check out Cat in action.

10. Last but not least, the 2015 Phelan Medallist will be crowned. Past winners include Troy Luff and Dane Rampe. 2014 winner Alex Goodall will present the winner with the medal. The entire night will be live streamed on the AFL Sydney website.

lAussie artists get behind Goodes
Ainslie to depart the NEAFLr